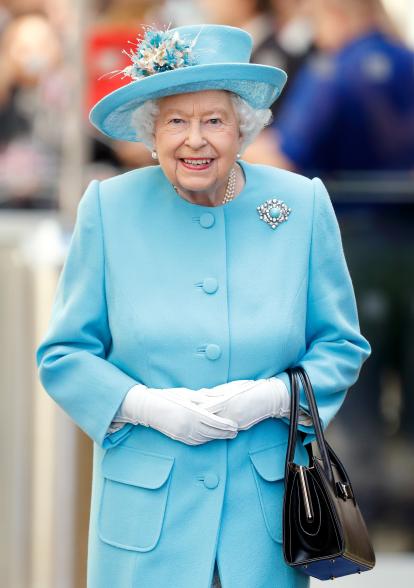 According to a forthcoming book, Queen Elizabeth II believed her grandson Prince Harry was “maybe a touch too in love” with his new bride Meghan Markle.

British broadcaster Gyles Brandreth said in “Elizabeth: An Intimate Portrait” that this was the last time she spoke out against the new Duchess of Sussex, to his knowledge.

According to the book that will be published in December, the late British queen was “overjoyed” when her grandson announced he would marry Markle.

She expressed her admiration for Meghan to several others. According to the biography extract released in the Daily Mail, she did everything she could to make her future granddaughter-in-law feel welcome.

Even the Sussexes’ notorious encounter with Oprah Winfrey did not faze the Queen.

“I can tell you, because I know, that the Queen was always more concerned about Harry’s well-being than about ‘this television nonsense,'” Brandreth, a former MP who has known the royal family for decades, wrote. “This includes both the Oprah Winfrey interview – which caused so much controversy – and the lucrative deal the Sussexes made with Netflix.”

He stated that the king was concerned that Prince Harry “find his footing” in California and “find very valuable things to accomplish.”

Brandreth also disclosed in the book that he “had heard that the Queen had a kind of myeloma, or bone marrow cancer,” which would explain her fatigue, weight loss, and mobility concerns in her final year or so.

The Queen passed away in September at the age of 96, with old age designated as the official cause of death.