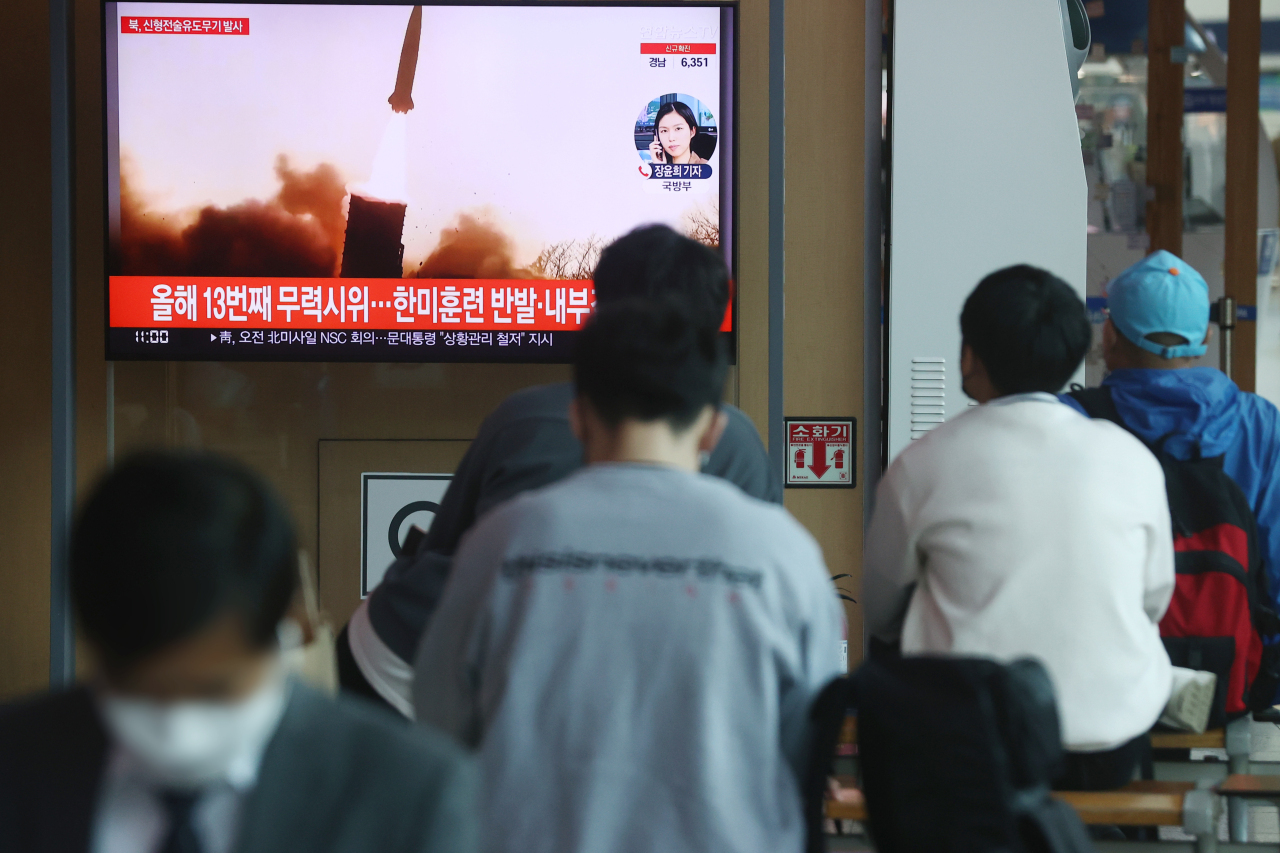 North Korea is ramping up provocations in the run-up to the inauguration of Yoon Suk-yeol, who is more hawkish towards North Korea than the outgoing president, on Tuesday.

According to the South Korea’s Joint Chiefs of Staff, the suspected SLBM was launched at 2:07 p.m. on Saturday into the waters off the North’s eastern coastal city of Sinpo. The missile traveled about 600 kilometers at a top altitude of about 60 km.

Saturday’s missile launch is Pyongyang’s 15th show of force this year. The launch of an SLBM also comes for the first time in seven months, after its last test-firing last October.

Following the launch, the top nuclear envoys of South Korea Noh Kyu-duk and his US counterpart Sung Kim held talks and condemned the North, saying that the SLBM launch is “a clear violation of the UN Security Council resolutions and poses a serious threat to the Korean Peninsula and the international community.”

“They also urged the North to immediately stop additional actions that would worsen the situation, and quickly return to dialogue and a diplomatic path,” South Korea’s Foreign Ministry said in a press release on Saturday.

While Pyongyang remained silent over its SLBM test fire, withholding from making the usual announcement of its success in launch, the regime made vitriolic attacks against President-elect Yoon Suk-yeol, who will officially take office on Tuesday.

Tongil Sinbo, the North’s propaganda weekly, said on Sunday that Yoon and his people are “cringing and behaving disgracefully to curry favor of its masters, the United States and Japan,” saying the South Korean leadership is “betraying the nation by colluding with the outer forces.”

President-elect Yoon is widely seen as more hawkish towards North Korea than the outgoing President Moon Jae-in, and his office has announced plans to reinforce its missile defense system against North Korean threats, dubbed the “three-axis” system.

The North also lambasted Yoon’s proposal to bolster defense, saying the attempt to build the three axis missile defense system is “absurd” and “ill-advised bravery,” in an article published on its propaganda website Meari on Sunday.

In an interview with Voice of America published on Saturday, President-elect Yoon Suk-yeol listed maintaining UN sanctions as one of the key measures to handle the North Korea’s nuclear threats.

“In that respect, discussions are taking place on whether the US should share its nuclear weapons and whether strategic nuclear assets should be redeployed in the case of South Korea,” Yoon said.

As the US is working to impose additional sanctions against Pyongyang for its continued missile provocations, Russia and China appear to be in its way, as the two states have already expressed opposition.

On Tuesday, the US Ambassador to the United Nations Linda Thomas-Greenfield reiterated how the US would like further sanctions against Pyongyang.

Last month, the US circulated an initial draft resolution to the 15-member council, which included banning tobacco and halving oil exports to the North.

“It is our plan to move forward with that resolution during this month,” Thomas-Greenfield told reporters when asked if she would put the resolution to a vote.

The UN Security Council needs support from at least nine members, and annot be vetoed by Russia, China, France, Britain or the United States.