Skip to content
Go Home «» News «» World News «» PwC will close its offices over Christmas to save money, telling 24,000 employees 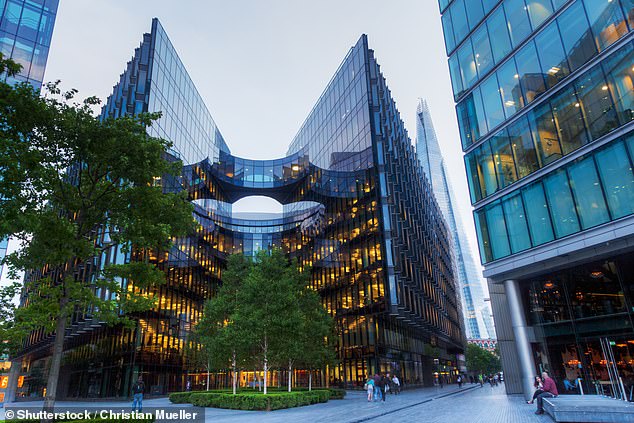 Britain’s cost-of-living issue has caused one of the country’s largest consulting and accountancy firms to close the majority of its offices over the holiday season to reduce its heating and power costs.

In order to save energy, PwC has informed its 24,000 UK employees that it would close its fancy central London headquarters at 1 Embankment Place and a number of smaller offices throughout the nation.

This is the first time PwC would totally close the bulk of its buildings during the holiday season. Even throughout the coronavirus epidemic, the company maintained emergency office hours.

With many using the holiday season as an opportunity to take a well-deserved break from work and with offices typically being quieter during this time, PwC will reduce its energy consumption by reducing the space it heats and lights from Friday, December 23, to Tuesday, January 3, according to an internal memo obtained by the Telegraph.

PwC will temporarily down its posh central London headquarters (pictured) for the holiday season to save money on energy costs.

As a result of Russia’s invasion of Ukraine, heating and electricity costs have soared this year, forcing some firms to close for ever and inflicting agony for millions of cash-strapped Britons.

The National Grid warned last month that rolling blackouts might occur this winter if the United States is unable to import enough gas and power from Europe.

Since then, however, the nation’s energy situation has worsened due to delays in the construction of a new power plant and a huge predicted decrease in the quantity of electricity that Britain will be able to purchase from France.

The National Grid almost implemented its emergency winter plan for the first time, which would have paid people to reduce their energy consumption during peak hours. However, this was canceled at the eleventh hour.

The government has been under pressure to address the energy problem in light of claims that the cost-of-living crisis is forcing thousands of businesses to close.

PwC has 19 locations in the United Kingdom and is considered one of the “big four” accounting companies in the country. However, it has been aggressively opposing telecommuting employees.

Kevin Ellis (left), chairman of PwC in the United Kingdom, stated that the decision to temporarily close facilities was part of the company’s “pragmatic approach” to cutting costs as energy costs continue to rise.

This is the first time PwC would totally close the bulk of its buildings during the holiday season. Even throughout the coronavirus epidemic, the company maintained emergency office hours. This image depicts the interior of the organization’s Embankment location.

In 2020, during the first Christmas of the pandemic, PwC did not completely close its offices. And it maintained all of them open for the holiday season the following year, despite the growing number of Omicron-related Covid-19 cases.

Kevin Ellis, UK chairman of the company, said at the time that “there is no alternative for seeing people in person.

Mr. Ellis told the Telegraph over the weekend: ‘Office life is incredibly vital to our culture and company, but it makes no sense to keep all of our offices open over the holidays during a time of energy constraint.

“Our citizens expect us to cut our energy use,” We have adopted a realistic approach to ensuring that some offices around the nation remain accessible to individuals in need.

It is believed that PwC’s London employees will continue to have access to workstations in the company’s More London location.

»PwC will close its offices over Christmas to save money, telling 24,000 employees«