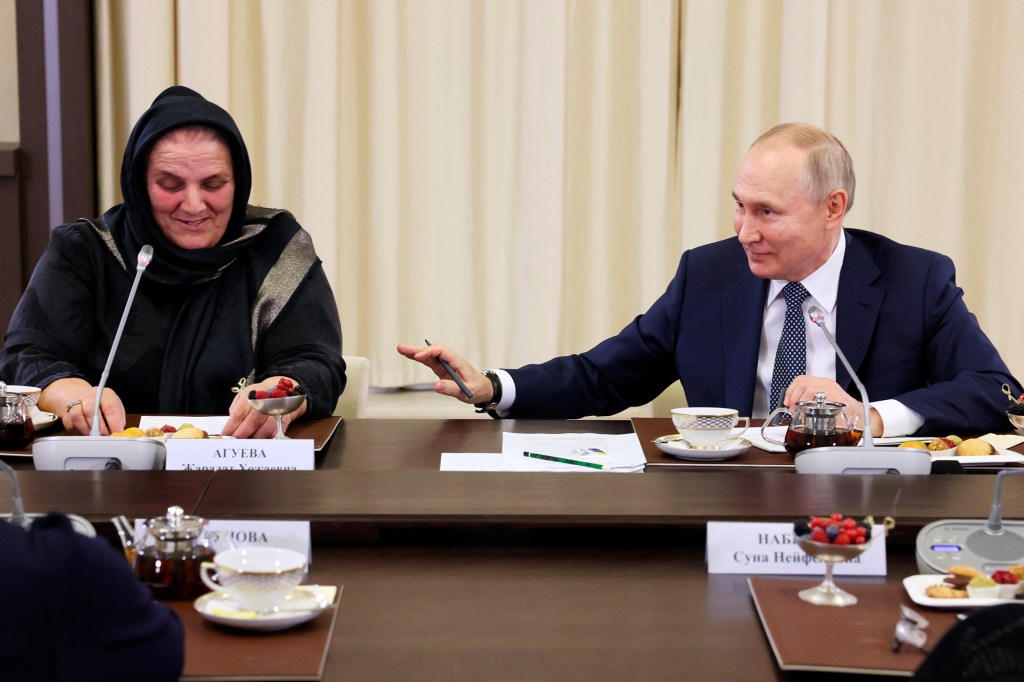 On Saturday, the staged meeting between Russian President Vladimir Putin and a group of mothers of servicemen fighting or died in Ukraine garnered significant criticism.

Putin addressed the mothers gathered in the Kremlin on Friday ahead of Russia’s Mother’s Day on Sunday, “We share your pain.” Nothing can make up for the death of a child.

According to the BBC, a number of the moms are members of pro-Kremlin organisations, prompting critics to assert that those who have spoken out against the war were excluded from the conference.

Putin advised the women not to always believe what they hear online and on television.

Putin stated, “Life is more tough and diverse than what is depicted on television or even the Internet.” There are many forgeries, deceptions, and lies there.

The strongman also provided odd consolation, telling one mother that her son “achieved his goal” and “didn’t die in vain,” avoiding any mention of Russia’s battlefield losses. He also compared the deaths to those resulting from automobile accidents and drinking.

“About 30,000 people die annually in road accidents in our country” (per year). Approximately the same amount die from alcohol, according to the Russian president. “We are all mortal, and we will all leave this world one day. It is unavoidable.

General Mark Milley, chairman of the U.S. Joint Chiefs of Staff, estimated earlier this month that more than 100,000 Russian and 100,000 Ukrainian soldiers have been injured or killed in the conflict.

Milley’s estimates contrast sharply with Russia’s most recent death toll update, which came in September, when Moscow reported that only 5,937 troops had been killed since the start of the war.

Putin is wary of the domestic reaction to the war, as evidenced by the meeting. Critics were quick to point out that his audience did not include any of the outspoken military spouses and mothers who requested a meeting with him.

Poet and director Olesya Shigina, known for producing patriotic films, and Nadezhda Uzunova, an activist with the veterans’ NGO the Fighting Brotherhood, led by ex-governor of Moscow and former general Boris Gromov, were among those given a seat at the table, according to The Guardian.

Zharadat Aguyeva, who has two sons fighting in Ukraine and whose family reportedly has close ties to the Chechen leadership, was identified as the third woman.

The president’s decision to surround himself with supporters angered some, who accused him of planting his audience.

“Vladimir Vladimirovich, what are you, a man?” President of the Russian Council of Wives and Mothers Olga Tsukanova asked in a Telegram video. “Have you the courage to look us in the eye, not with hand-picked women and mothers in your pocket, but with actual women who have traveled from different cities to meet with you?”