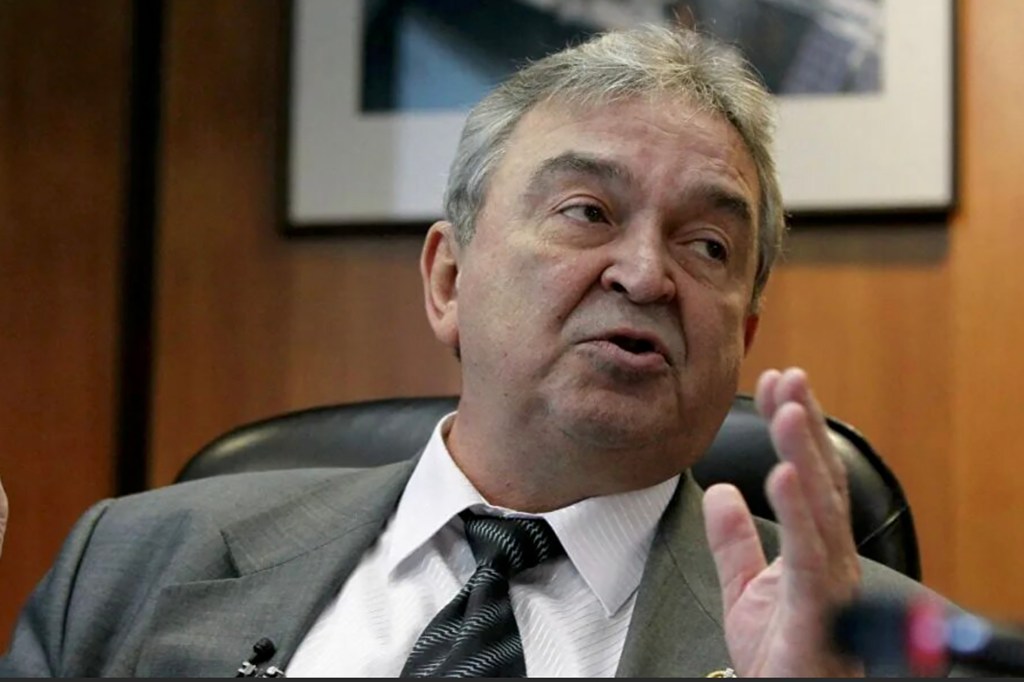 Former chief space engineer and alleged embezzler for Vladimir Putin has died at age 74, making him the fourth person in the Russian president’s circle to pass away in the past week.

Vladimir Nesterov was the former general director of the Khrunichev State Research and Production Space Center and led the development of the “Angara” rocket for Russia.

Nesterov’s cause and manner of death remain unknown.

Nesterov resigned as head of the rocket manufacturer in August 2012 after two satellites exploded during a failed launch of Russia’s Proton-M rocket, although he remained working as lead engineer on the development of “Angara.”

Vladimir Nesterov, a former Russian senior space engineer, passed away without a cause of death being disclosed.

Nesterov is the fourth individual with ties to Vladimir Putin who has died under mysterious circumstances in recent days.
AP

After the successful launch of the “Angara” rocket in 2014, Nesterov left the agency. Simultaneously, he was accused of massive fraud and embezzlement.

In November of 2020, Nesterov was charged with theft of more than $72 million from the state.

According to investigations, one year into his appointment as director of the Khrunichev Center in 2006, Nesterov let the American company Space Transport Inc to sell its shares in Russia, which his agency then purchased at a premium.

At the time of Nesterov’s death, the matter was still making its way through the courts.

Nesterov was responsible for creating the new Angara space rocket system for Russia.

The “Redacted” Telegram channel said that Buzakov was healthy the day before.

General Alexei Maslov, leader of the Russian ground troops from 2004 to 2008, passed away in a military hospital on Christmas Day. He had 69 years of age.

Prior to his death, the Telegram channel reported that “nothing was known regarding Maslov’s health difficulties.”

After leaving the military, Maslov worked as a salesman for the tank manufacturer Uralvagonzavod, which Putin was due to visit on Christmas Eve but abruptly canceled without explanation.

In 2020, Nesterov was accused of fraud and embezzlement with an American space transport company.

The Russian sausage tycoon and politician Pavel Antov perished in a fall from a luxurious hotel in Rayagada, India, where he was celebrating his 66th birthday, on Sunday.

According to the BBC, Police Superintendent Vivekananda Sharma stated that Bidenov suffered a stroke and that his friend “was depressed after his death and also passed away”

Forbes reported that Antov earned $156 million per year from his sausage-making business. In July, he condemned Russia’s missile attacks on Kiev as “terrorist” acts.

The Russian sausage magnate Pavel Antov dies after falling from a hotel window in India.

Later, he made a contrite explanation, alleging that someone else had sent the remark and stating that he backed the president and “shared his intentions” for the invasion.

Numerous Russian tycoons and individuals with ties to Putin have died under mysterious circumstances this year.