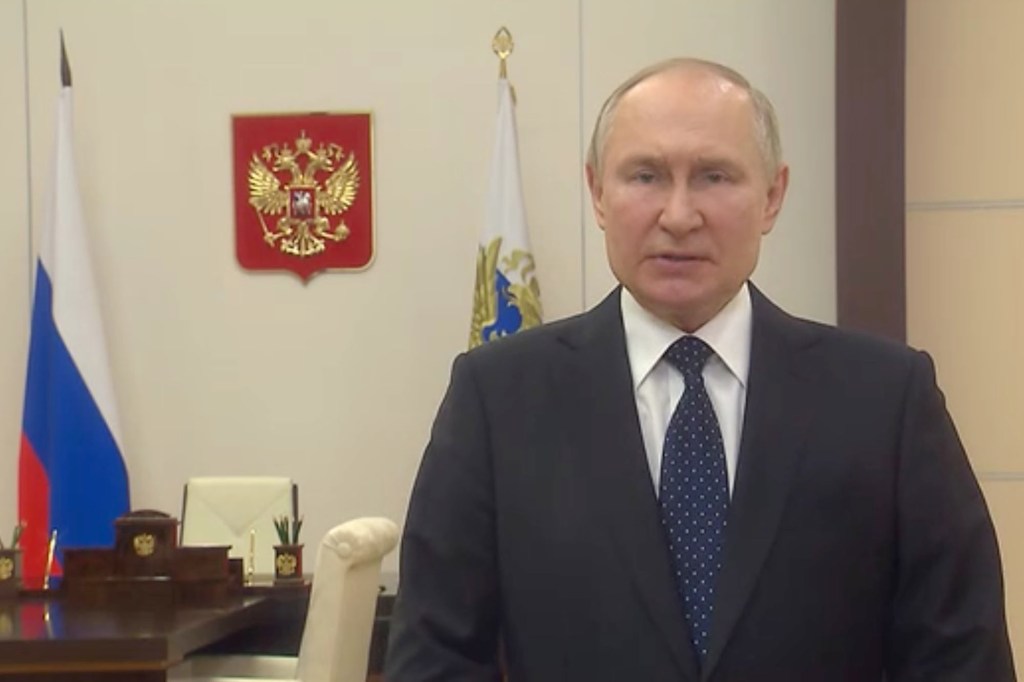 On Tuesday, Vladimir Putin ordered Russia’s security forces to redouble their efforts to root out traitors and spies attempting to destabilize his rule.

In a 5-minute video message commemorating the Day of Security Services, a stern-faced Putin warned agents they needed to dramatically improve their work. This was one of his clearest public admissions to date that the invasion of Ukraine — now in its tenth month — is not proceeding as planned.

Putin stated that counterintelligence agencies, such as military intelligence, must now demonstrate the utmost composure and concentration of troops. The actions of foreign special services must be severely punished, and traitors, spies, and saboteurs must be immediately identified.

Putin conceded, in a rare departure from the official line that the so-called “special military operation” is proceeding according to plan, that the situation in the four areas of Ukraine illegally seized by Russia after sham referendums was “tough.”

He stated, “The situation in the Donetsk and Luhansk People’s Republics, as well as the Kherson and Zaporizhia regions, is dire.”

Putin, a veteran of the KGB, praised the security agents stationed in the annexed regions, stating that “people living there, Russian citizens, rely on your protection.”

“It is your responsibility to do whatever is necessary to ensure their safety and the protection of their rights and liberties,” the Kremlin strongman stated.

According to a post on the Yellow Folder Telegram group, which is apparently managed by former Russian spies, Putin’s speech was reportedly poorly received by members of Russia’s intelligence agencies.

Putin was embarrassed by Ukrainian President Volodymyr Zelensky’s visit to the frontline town of Bakhmut, which Russian forces have repeatedly failed to conquer.

The article suggested that the celebratory remark was perceived as a reproach to security agencies for their ineffective efforts.

“Leaders of the FSB, FSO (Federal Protective Service), and the Security Council did not appreciate Putin’s ‘congratulations,'” the author wrote. Practically everyone believes they are already working with total dedication, and in response they receive reprimands; hence, sabotage is likely.

Putin hosted a ceremony at the Kremlin to honor the Moscow-appointed leaders of Ukraine’s four seized regions.

Putin stated, “Our nation has frequently faced difficulties and preserved its sovereignty.” “Russia now faces a similar challenge. On the front lines, soldiers, officers, and volunteers are demonstrating extraordinary bravery and self-sacrifice.”

President Volodymyr Zelensky drove home the point by visiting the heavily disputed frontline village of Bakhmut, which Russia has attempted and failed to seize for years.

A lady retrieves broken glass from a hospital in Russia-controlled Donetsk that was recently damaged by shelling.

The Ukrainian commander appeared in a video presenting medals to soldiers who have spent the past three weeks repelling Russian attacks in some of the bloodiest combat of the war.

Capturing Bakhmut, which is located in Donetsk, would hamper Ukraine’s supply lines and pave the way for Russian forces to advance on important Ukrainian positions in the province’s cities