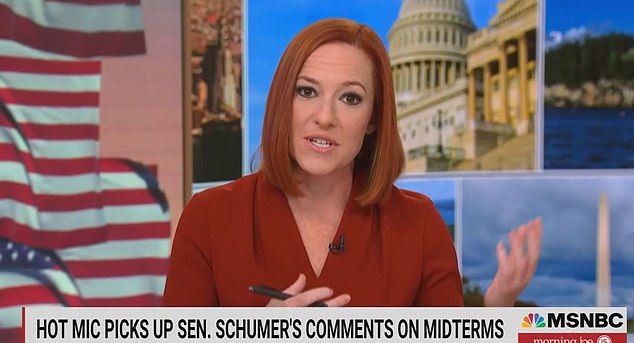 Friday, a court rejected Jen Psaki’s bid to quash a subpoena for her testimony in a complaint alleging the Biden administration plotted to muzzle conservative viewpoints on social media.

The former White House press secretary filed a move to avoid a deposition in federal court in Alexandria, claiming she had no relevant information to share.

U.S. Magistrate Ivan Davis stated during a hearing on Friday that he was unimpressed by Psaki’s argument and decided that the subject be referred back to Louisiana to be reviewed by the judge supervising the case brought by Louisiana and Missouri in May.

The judge in Louisiana had previously ruled that Psaki and other government officials might be deposed in this matter, but this ruling is currently being challenged. Psaki was permitted to file a separate opposition in Virginia due to the fact that she resides there and would be required to give her deposition there.

The lawsuit asserts that President Biden and his appointees violate the First Amendment by pressuring social media sites like as Facebook, Twitter, and others to restrict access to posts on topics such as Covid-19 vaccinations and electoral fraud.

Davis argued that Psaki failed to demonstrate how her testimony in her own state would be an unfair burden if she has little information to share.

“How much time is required to prepare a witness for deposition if she doesn’t have much to say?” Davis asked.

Missouri and Louisiana have requested additional information regarding statements made by Psaki at her news conferences in which she urged social media companies to do a better job of blocking misinformation on their sites.

In one instance, she stated, “We frequently interact with (social media businesses), and they clearly comprehend our requests.”

The states have shown an interest in learning from Psaki who in the government was interacting with social media businesses and what they were requesting.

According to Psaki’s attorneys, the states have already gotten the necessary information through emails and other materials already submitted to them.