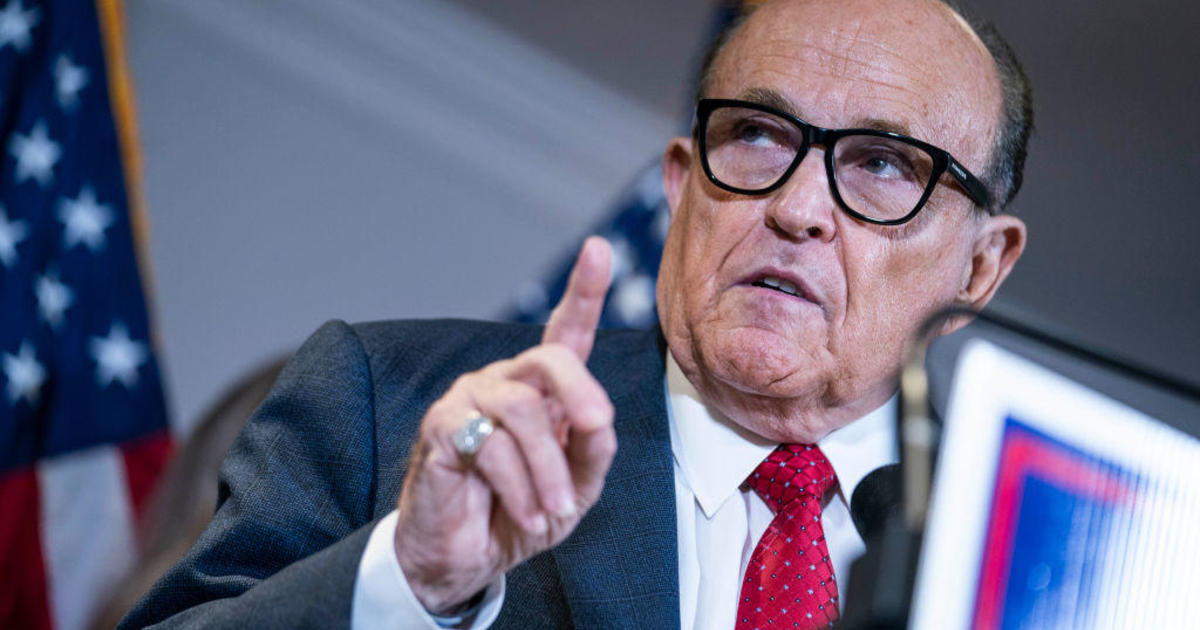 Monday, federal prosecutors confirmed in a statement to a judge that former New York City mayor Rudy Giuliani would not face criminal charges related to his interactions with Ukrainian figures in the run-up to the 2020 presidential election.

The judgment was taken by prosecutors from the U.S. Attorney’s Office in Manhattan after analyzing computer evidence seized during raids on Giuliani’s home and law office in April 2021.

Federal prosecutors investigated whether Giuliani should have registered as a foreign agent due to his dealings with Ukrainians who wanted his assistance pressuring then-President Donald Trump’s administration, while he was seeking their assistance in launching an investigation that could have harmed Joe Biden.

“On the basis of the current material available to the government, no criminal charges are forthcoming,” they stated. They stated that the grand jury investigation that resulted to Giuliani’s electronic devices being seized was completed.

Giuliani tweeted on Monday that it was “TOTAL & COMPLETE AFFIRMATIVE PROOF.”

Robert Costello, his attorney, told the Associated Press, “In my business, we would call that a total victory.” “We appreciate the efforts of the U.S. attorney’s office. We simply wish that they had done it much earlier.”

Sixteen of Giuliani’s devices were confiscated as part of a federal investigation into whether the combative Trump ally broke a statute limiting lobbying on behalf of foreign countries or businesses.

The sight of officials taking away computers and smartphones during the searches in Manhattan looked to indicate that the former mayor of New York City, once lauded for his leadership after 9/11, was in a difficult legal bind.

The federal prosecutors’ spokesperson, Nicholas Biase, declined to comment on the court filing.

Due to his work in Ukraine, Giuliani, 78, has been under government inquiry for some years. He played a pivotal role in Trump’s efforts to find information on Biden and to encourage Ukraine to investigate Biden and his son, Hunter.

Giuliani attempted to discredit former U.S. ambassador to Ukraine Marie Yovanovitch, who was removed from her position on Trump’s orders. Additionally, he met multiple times with a Ukrainian congressman who published manipulated tapes of Biden in an attempt to discredit him prior to the election.

The tactic may have backfired, as the U.S. House impeached Trump for withholding almost $400 million in aid to Ukraine while he urged Volodymyr Zelenskyy to launch an inquiry of Democrats.

Former presidential candidate Giuliani adamantly denied any misconduct. At the time of the raids, he accused the Justice Department of “trampling on the constitutional rights of anyone associated with or defending former President Donald J. Trump in court.”

In the past few months, word of any fresh developments about the review or any other part of the case has all but vanished. New York prosecutors went silent, indicating it was doubtful they would add Giuliani to the lengthy list of Trump aides charged with federal crimes.

During the investigation, a retired federal judge was tasked with determining if any of the information obtained from Giuliani’s phones and computers was protected by attorney-client privilege due to his status as one of Trump’s attorneys.

Generally speaking, the law protects his communications with clients, although there are exceptions.

Monday’s letter was triggered in part by prosecutors’ need to inform the judge that the court-appointed monitor is no longer required.

Barbara S. Jones, the monitor, submitted an initial report in January that revealed Giuliani’s attorneys had requested that only three of 2,200 seized electronic files deemed important to the investigation be withheld from prosecutors.

Giuliani remains a focus of an Atlanta grand jury examining attempts by Trump and others to reverse the 2020 election loss of the former president in Georgia.

Giuliani testified before the grand jury in August, but he returned to New York with a positive attitude, stating that he had “fulfilled his obligation under the subpoena.”

Other persons implicated in the FBI investigation into Giuliani’s business transactions in Ukraine were ultimately charged with crimes.

Lev Parnas, a Soviet-born businessman who helped Giuliani connect with Ukrainian politicians, was sentenced to a year and eight months in prison in June for unrelated fraud and campaign financing offenses.