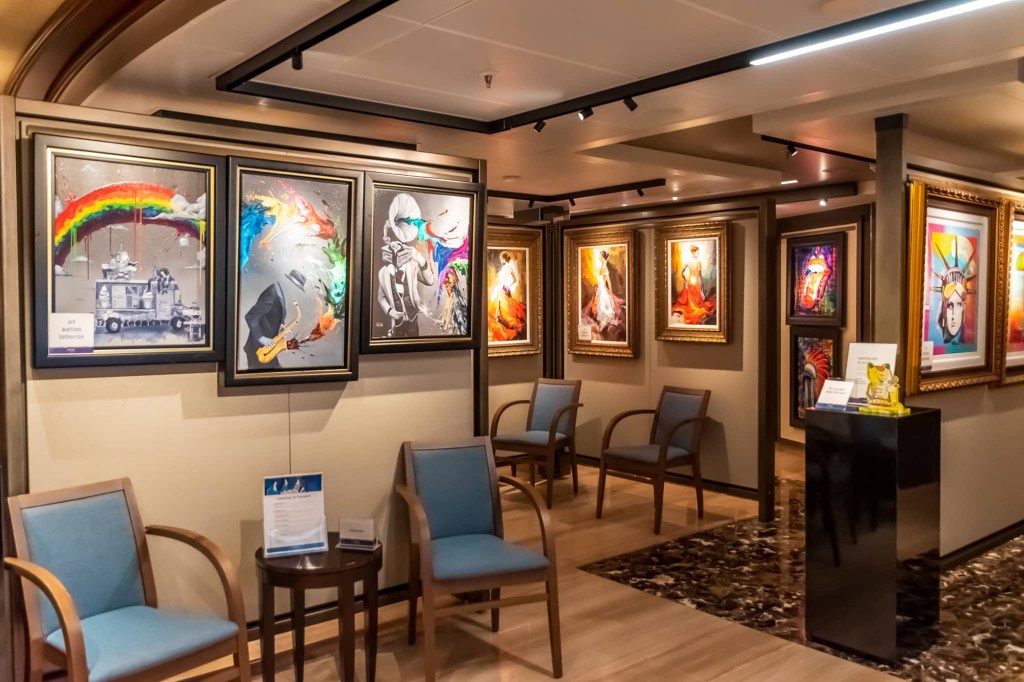 A 27-year-old California woman has filed a lawsuit against Princess Cruises, alleging that a shipboard art auctioneer raped and infected her with HIV.

The lady identified as Jane Doe claims that on December 28, 2021, a Park West Gallery employee called Aleksander invited her to a shipboard auction while she was aboard the Sky Princess.

According to the lawsuit, when she arrived for the auction a few days later, the man asked her to stay after the event, but she declined.

The woman subsequently participated in cruise ship events and “drank numerous alcoholic beverages, the majority of which were served by Princess crewmembers,” according to the lawsuit.

According to the lawsuit, the alleged attacker approached the woman again on that day and inquired if she was enjoying her stay at sea. She responded that there were not enough activities for persons her age.

At this time, the plaintiff was noticeably inebriated, according to the lawsuit. “For example, she was slurring her speech and colliding with walls and other objects because she was unable to maintain her balance.”

The woman claims that a shipboard art auctioneer assaulted her.

The man requested her cabin number, which she provided because she “reasonably believed he was going to arrange for a Princess employee to assist her with activities involving younger passengers,” according to the lawsuit.

She claims that he asked her to the art gallery later in the evening, and she agreed since she was intoxicated.

Upon her arrival, the auctioneer allegedly “offered her a drink and began conversing with her while standing very close to her.”

Afterwards, he allegedly “began to brush his hand up against her leg before grabbing her buttocks.”

The woman “felt ill, was terrified, and did not know what to do, so she simply froze,” according to the lawsuit.

The male then allegedly pushed the woman into a closet and raped her while using a condom, despite her repeated refusals.

According to the claim, the condom fell off during the assault or was removed by the attacker.

The lawsuit alleges that shortly after the cruise concluded on January 8, 2022, the woman began to feel ill and underwent testing that revealed she had contracted HIV.

According to the petition, the victim suffered from “Rape Trauma Syndrome” for several months following the occurrence and was unable to disclose the alleged assault until November due to her condition.

The woman’s marine attorney, Michael Winkleman of Lipcon, Margulies & Winkleman in Miami, stated in an email to The Post that “the only thing more startling than what happened to Jane Doe in this case is the frightening frequency with which rapes and sexual assaults occur aboard cruise liners.

The complaint asserts that Princess Cruises and Park West Gallery, both named as defendants, “had a policy and procedure prohibiting crewmembers from fraternizing with passengers” because “such fraternization led to passengers being sexually assaulted and/or raped by crewmembers.”

Winkleman stated, “We are honored to represent Ms. Doe in her pursuit of justice against the cruise line and art concessionaire, and we hope this serves as a wake-up call to the public about the real dangers passengers face on cruise ships.”

Princess Cruises did not respond quickly to The Post, but the company told The Daily Beast that it “does not comment on pending litigation.”

Park West Gallery describes itself as the “largest art dealer in the world” and claims to have shops aboard dozens of cruise ships operated by Princess Cruises, Royal Caribbean, Celebrity Cruises, and others.

Paul Schwiep, a longstanding outside lawyer for Park West Galleries, said in a statement to The Post, “The nature of the acts alleged in the complaint warrant a very serious examination that separates facts from fiction.”

“At this time, there is no evidence to support the allegations made in the complaint, and no notification of this alleged incident was provided to us, the cruise line, or law enforcement,” he stated.

“In the company’s 25 years of effectively operating aboard cruise ships, an auctioneer has never been accused of this type of conduct.

We are in the early stages of doing what will be a very thorough and extensive inquiry of what has been alleged,” Schwiep added.

Auctioneers and workers working for Park West on cruise ships are not hired directly by Princess Cruises, but rather are independent contractors leased by Caribbean Staffing Solutions, The Daily Beast reports.

According to the publication, the North Carolina secretary of state dissolved CSS in February 2020.

Three alleged sexual assaults on Princess Cruise ships were reported to the US Department of Transportation between April 1 and June 30, 2022, according to the source.

“This case is only the tip of the iceberg when it comes to the sexual assault and rape crisis on cruise ships,” Winkleman told The Post.

“This situation has been caused by a variety of factors, including the lack of independent law enforcement and the massive overservice of alcohol.

“How unaware the general public is of the significant risks they face at sea is arguably the most dangerous aspect,” he said.