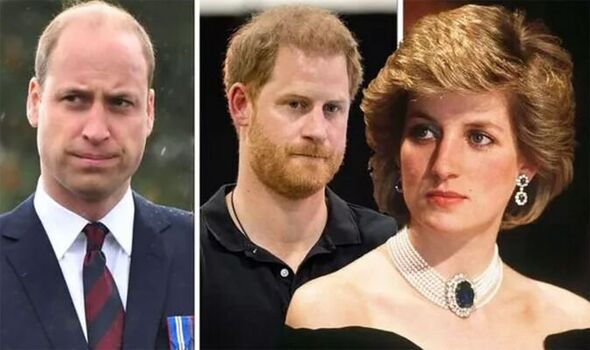 Prince Harry has revealed how his late mother, Princess Diana, would feel about him and his estranged brother, Prince William’s icy relationship.

Princes Harry and William have recently been in the news because Harry has dug deeper into their disagreement in the 6-part Netflix documentary Harry & Meghan. Harry explained that fissures began to appear amid hostile media treatment of his wife Meghan Markle and their choice to step down from their Buckingham Palace responsibilities in 2020.

Since then, there has been no reconciliation between the two. In a clip from his recent interview with Good Morning America’s Michael Strahan, the Duke of Sussex discussed how his mother might feel about their disagreement.

According to Harry, his Princess Diana would be distressed by their disagreement. I believe that she would be sad. “I believe she would have a long-term perspective, understanding that there are certain things we need to go through in order to heal the relationship,” he said.

In 1997, when Diana died suddenly in a vehicle accident, Harry was 12 years old. Harry reported that he had sensed his mother’s presence more intensely in the past two years than in the previous thirty.

In a wide-ranging interview before to the release of his memoir, Prince Harry tells @michaelstrahan that he believes Princess Diana would be “sad” about his current relationship with Prince William. Monday @GMA coverage. https://t.co/StuYIvP8bO pic.twitter.com/8m38b7nFAKThe much awaited memoir Spare by Harry will be released the following week, but the Guardian has already received a copy.

According to the publication, the Duke of Sussex leveled startling accusations against his brother, Prince William. During a furious disagreement over his wife Meghan Markle, he stated that Prince had assaulted him.

“He grabbed me by the collar and tore off my necklace before knocking me to the ground. I landed on the dog’s bowl, which shattered beneath my back and pierced me with its shards. “I lay there for a moment, dazed, before rising and telling him to leave,” he wrote.

Prince, according to Harry, described his wife as “difficult,” “rude,” and “abrasive.”

»Prince Harry: Princess Diana would be saddened by William’s feud«