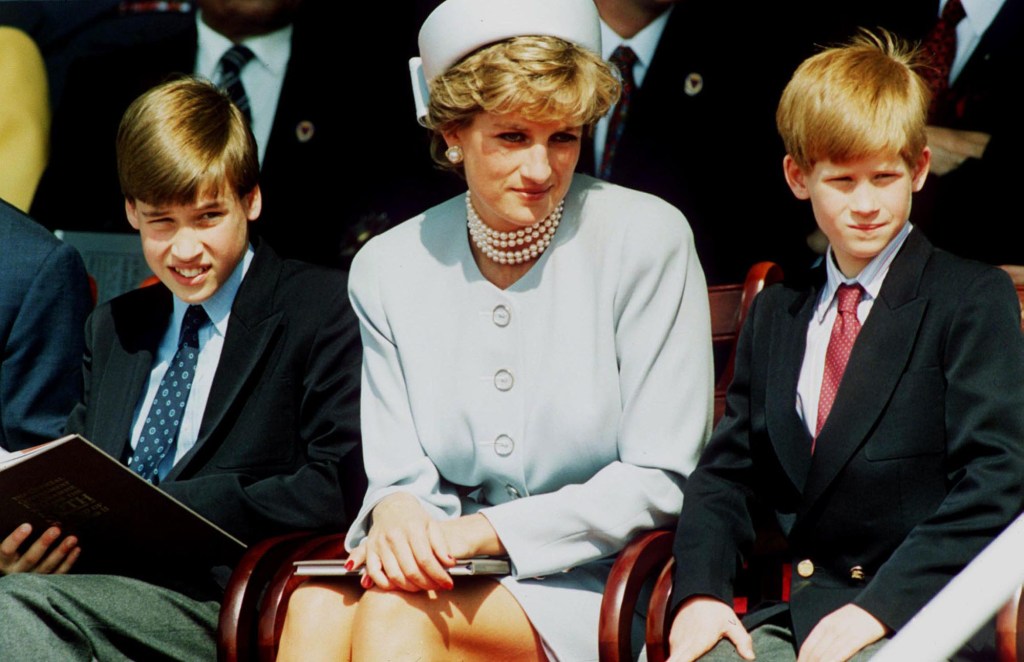 Prince Harry stated in yet another interview on Monday that his late mother, Princess Diana, would be “heartbroken” by his brother Prince William’s betrayal.

The 38-year-old exiled prince told Michael Strahan on “Good Morning America” that he believes his mother would be saddened by the complete dissolution of his once-close relationship with his brother.

“I believe she would be heartbroken with how things have turned out,” he remarked.

Harry speculated that his mother would have been distressed to see William, the 40-year-old heir apparent, allowing his PR team to relentlessly defame him and his bride, Meghan Markle, with fabricated stories.

“I think she’d be heartbroken that William — his office — was involved in these stories,” he added, referring to the negative press he generally blames for pushing him to quit his family and country.

Harry believes Diana would be especially “heartbroken” if William betrayed a deal the brothers had made.

“William and I made a pact, a deal, that no matter what, we would never allow offices to fight against each other,” he added, responding “yes” when asked if he believed his brother “violated that act.”

“His employees violated the agreement,” he said of his brother, whom he has accused of abusing him and forcing him to leave the family.

Harry acknowledged, in a rare moment of self-acceptance, that he was “certain” he bore at least some responsibility for the disintegration of his connection with his brother.

Harry recognized that he was partially responsible for the demise of his relationship with William, but placed the most of the blame on his brother.

“But what people don’t know is the efforts I’ve made to resolve this privately with both my brother and my father, King Charles III,” he added of William and their father.

This, he argued, gave him the right to repeatedly criticize them in public, most notably in his latest memoir, “Spare,” where he reveals several scandalous details.

After years of whining about a lack of privacy, he defended his brutally exposing memoir by stating, “I don’t think we can ever have peace with my family unless the truth is out there.”

“I am able to forgive a great deal, but dialogues are necessary for reconciliation. And accountability must be a part of that,” he told the ABC News morning broadcast.

Monday’s broadcast of “Good Morning America” featured Harry’s latest assertions, which he made in an interview.
Good morning, United States

Harry asserted, despite his ceaseless insults, “I love every member of my family.

This includes his stepmother, Queen Consort Camilla, whom he pleaded with his father not to marry and whom he accused in “Spare” of “sacrificing me on her personal PR altar.”

“I have a tremendous amount of compassion for her, being the third person in my parent’s marriage,” he remarked, referring to his late mother’s legendary description of shared infidelity during her time with the future King Charles in a BBC interview.

“We haven’t spoken in a long time,” he said of his stepmother, adding that he is “perfectly pleasant with her” when they do meet.

“I don’t view her as a wicked stepmother,” he remarked of a part of his novel that has received considerable attention.

“I see someone who married into this institution and has done everything she can for her own benefit to improve our reputation and her own image,” he said.

Harry said that his grandmother, the late Queen Elizabeth II, was neither offended nor angered by his decision to leave his family.

My grandmother and I have always had a close bond. “No one was surprised, least of all her,” he stated of his departure.

“She knew what was happening and how difficult it was. She never indicated her anger to me. “I believe she was sad that the situation had reached that point,” he stated.

In response to allegations that his Netflix series and biography exploited his family’s suffering for financial gain, Harry argued he was only protecting his family by telling the truth.

Nonetheless, he added, “I recognize that writing a book feeds the beast.”

Regarding “Spare,” Harry stated, “I fully accept that writing a book is feeding the beast.”

He also admitted that he is unlikely to give up his luxurious lifestyle in California in order to return to the United Kingdom and become a working royal.

“I don’t believe it will ever be possible,” he stated, implying that even if he and his family reached an agreement, “that third party will do everything” to make it “unsurvivable” for them.

Harry shifted the blame away from his own surprising claims and admissions by stating, “That’s really unfortunate because it essentially ends our friendship.”

Harry, who remains the Duke of Sussex, asserted, however, that he could not actually renounce his title.

“There is no way out,” he told Strahan.

“I am acutely conscious of my situation, and I am profoundly appreciative of the life I’ve had and continue to have.

He asserted, “But there is no way I can escape this.”

»Prince Harry: Diana would be ‘heartbroken’ over William’s treachery«