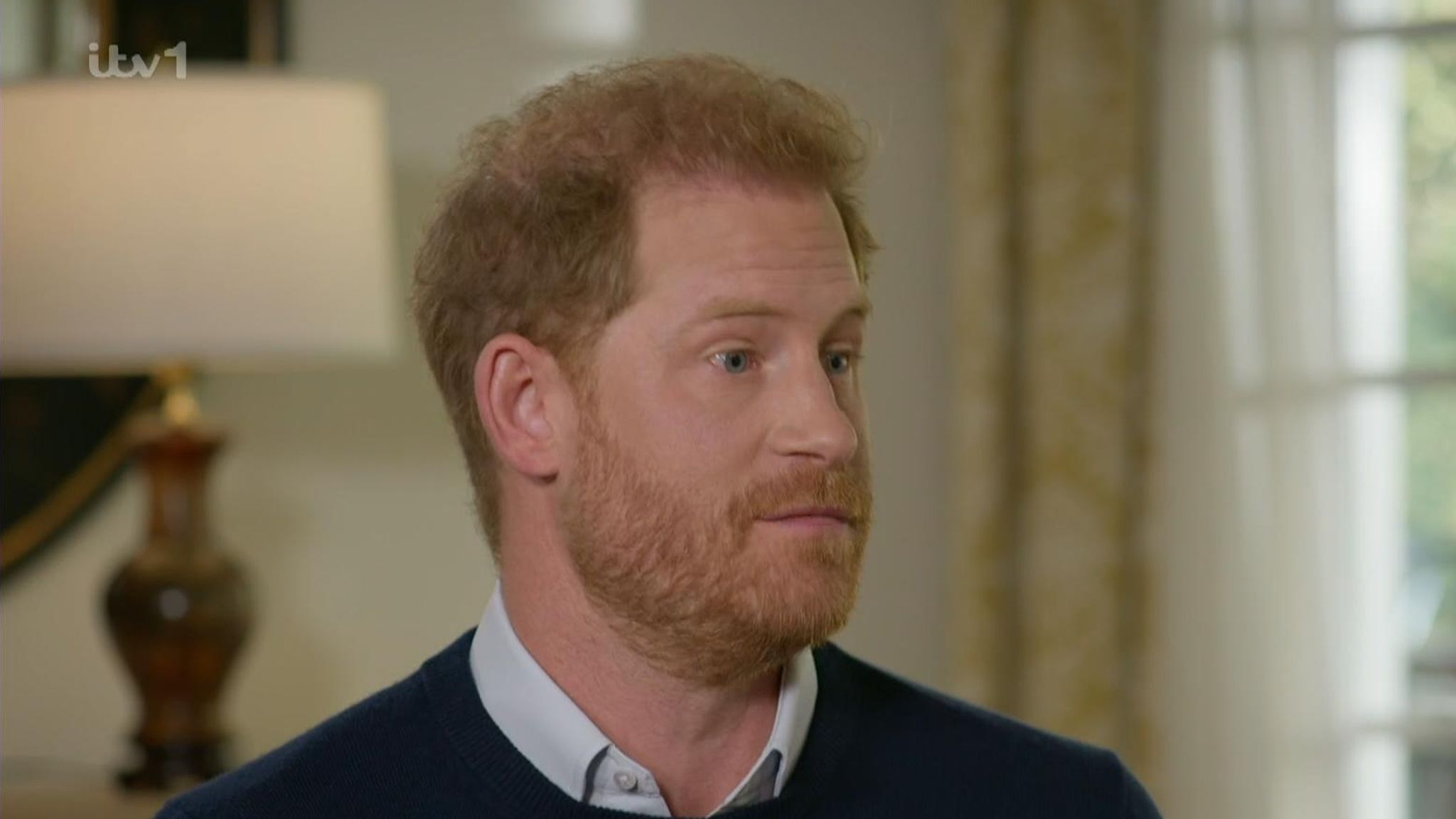 Prince Harry denied that he and his wife, Meghan Markle, have ever accused the royal family of racism, but acknowledged that they are guilty of “unconscious bias.”

In a new interview with ITV reporter Tom Bradby, Harry was probed about the alarming statements the pair made during their 2021 Oprah Winfrey appearance. Harry’s memoir “Spare” hits shops on Tuesday.

When Markle was pregnant with their first child, Archie, there were “concerns and conversations about how dark his skin may be when he is born,” according to the document.

“In your interview with Oprah, you accused members of your family of racism,” Bradby told the rebellious royal.

Prince Harry said he has never accused his family of racism, rather “unconscious bias.”
AP

The Duke of Sussex replied, “No.” “The British press reported this, correct? Did Meghan ever say, “They are racists?”

Bradby retorted, “She stated there were disturbing remarks made about Archie’s skin color.” Wouldn’t you characterize that as fundamentally racist?”

The Duke of Sussex elaborated on his remarks during an interview with Oprah Winfrey in 2021.
UK Press by way of Getty Images

Harry refused to label the occurrence as racist, instead classifying it as unconscious bias, which consists of societal assumptions held implicitly about certain populations.

Markle stated that an unknown member of the royal family had worries about the complexion of her son, Archie.

Harry then cited the case of Lady Susan Hussey, who was recently forced to resign from her position as a veteran member of the royal household for repeatedly asking Ngozi Fulani, the head of a black British charity, where she “really came from.”

“What happened to Ngozi Fulani is a very good example of the institution’s culture,” he added, adding that he and Markle “love” Hussey.

Lady Susan Hussey, a former royal aide, was also cited as an example of “unconscious bias” by the ex-royal.

He stated, “We think she’s great.” “I am also aware that she never intended any damage. “However, the response from the British press and online users to the stories they wrote was horrifying, absolutely horrifying.”

The purpose of Harry’s media blitz, which includes appearances on “60 Minutes” and “GMA,” is to sell his incendiary memoir, “Spare.”