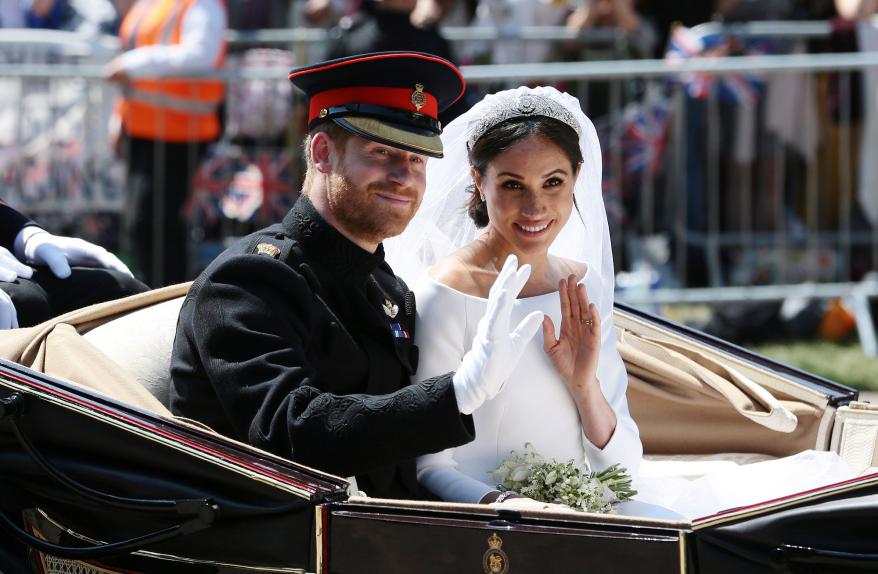 A “poisonous” press report pushed Prince Harry over the brink.

In his highly anticipated memoir, “Spare,” which is making headlines prior to its January 10 release, the Duke of Sussex, 38, detailed some of the incidents that led to him and his wife, Meghan Markle, suing Associated Newspapers Limited — which owns the Mail on Sunday — and the royal said he felt “energized” about the lawsuit after a story in the Express accused his wife of giving Princess Charlotte poisonous flowers.

In the book, Harry describes the harsh media attacks against his wife, including how a British newspaper sensationally accused Markle of endangering Princess Charlotte’s life by having the flower girls wear crowns containing lily-of-the-valley to their 2018 wedding.

The flower, which is “potentially poisonous” if consumed by children, according to the duke, was included in the lovely white headpieces and is a classic option for royal brides; both Princess Diana and Kate Middleton used the flower in their wedding bouquets.

Princess Charlotte wore a floral crown during her uncle’s wedding in 2018.

Although it may sound like a scene from “Breaking Bad,” it is true that eating the bloom can be fatal. However, Harry explained that the likelihood of fatal injury is low.

The tiny princess was included in the bridal party alongside her brother, Prince George.

In his writing, he stated that ingestion of Lily of the Valley typically results in “discomfort” and “very rarely” results in death.

Even further, the newspaper published a photo of his “poor niece” sneezing while appearing to be in “agony” opposite a photo of Markle in her wedding dress appearing tranquil, “ignorant of the impending death of the little angel.”

The duke continued by stating that his wife did not make the supposedly “reckless decision” to use the flower and that the flower crowns were “made by a professional florist.”

Harry wrote, “none of it mattered,” adding that “the ‘Meghan the Killer’ story was too good to pass up” for the newspaper.

In “Spare,” he describes the tension surrounding Markle’s much-written-about tiara selection, in addition to the floral crowns. In addition, Harry describes an altercation between Kate Middleton and Meghan Markle over Charlotte’s outfit, which the Princess of Whales supposedly demanded to be remade “from scratch” since it was too small.

On the day of the Sussexes’ wedding, Princess Charlotte and fellow flower girl Florence van Cutsem waved from a car.

The Duke of Sussex also discussed his then-decision girlfriend’s to wear ripped jeans to the 2017 Invictus Games — and how they were “approved” by the palace — as well as a “embarrassing moment” when Markle sought to borrow Middleton’s lip gloss.

The palace informed Page Six that it would not comment on any of the book’s allegations.

Outside the chapel, the Sussexes shared a passionate kiss before the royal wedding crowd.