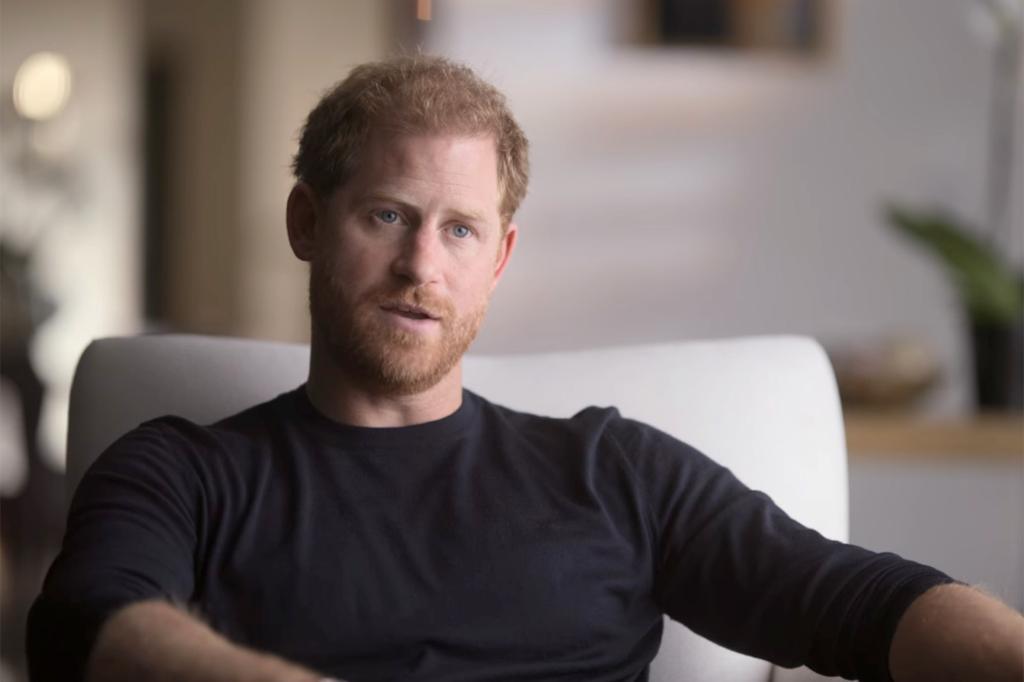 Prince Harry has taken aim at the British media, claiming it is his job to expose the alleged “exploitation” and “bribery” within the system.

Throughout the first three episodes of Netflix’s “Harry & Meghan” documentary series, the pair criticizes the paparazzi’s constant harassment, with the Duke of Sussex claiming that his earliest recollections are dominated by being surrounded by photographers.

“Paparazzi used to harass us to the point where we were compelled to smile and answer questions from their traveling press pack,” Harry added. “This made me feel really uneasy from the start.”

He stated that he has always been instructed not to respond to cameras and to never “play into it.”

And despite the fact that the press was meant to allow him and his brother Prince William solitude while attending school, it never worked, and there were always photographers present.

Harry stated that the most of his early memories involved being surrounded by the media.

“I recall wondering how I would ever find a partner who is willing and able to bear all the baggage that comes with being with me?” he stated.

Harry, whose ex-girlfriends include Chelsey Davy and Cressida Bonas, stated that women would question their connection with him owing to the news coverage.

“Within a matter of weeks or months, every relationship I had was splashed across the newspapers, and that person’s family was harassed and their lives were turned upside down,” he said.

“When I met M, I was terrified that the media would drive her away. The same media that had turned away so many others from me.”

Markle claimed in the second episode of the documentary that paparazzi paid her neighbors in Toronto, where she filmed “Suits” during the beginning of her relationship with Prince Harry, to live-stream her backyard.

Harry has previously referred to the British media as “toxic.”

Since they left the royal family in March 2020, Harry and Markle have been vocal about their disdain for the British press, even claiming that the “toxic” media prompted them to leave.

In 2021, he told James Corden, “We all know how the British press can be, and it was destroying my mental health.” “Therefore, I did what any husband or father would do: I got my family out of there.”

»Prince Harry condemns “exploitation” and “bribery” in the British media«