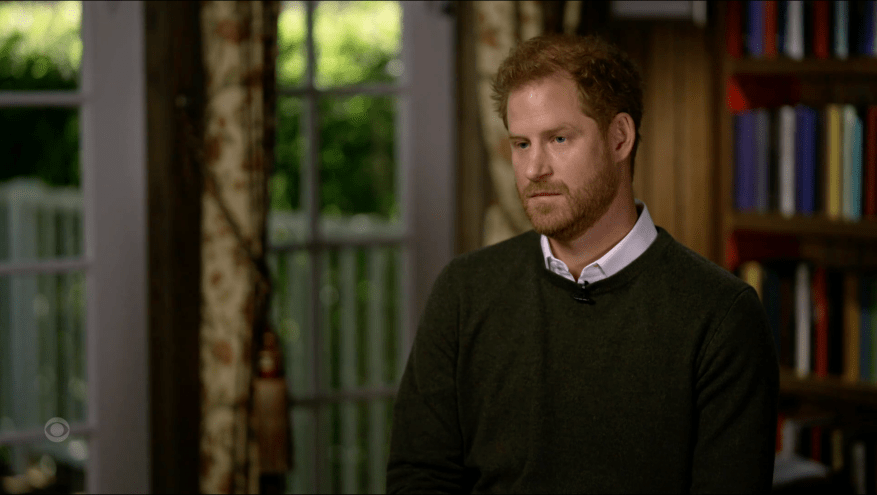 Prince Harry asserts that his brother, Prince William, “lost it” during a physical altercation over Meghan Markle in 2019.

During his interview with “60 Minutes” on Sunday, the disloyal royal elaborated on the now-famous altercation, which was first reported in his bombshell memoir “Spare.”

During a sit-down interview with Anderson Cooper, the Duke of Sussex stated that the Prince of Wales was verbally “coming for” Markle, who was not present at the time of the altercation.

“And he exploded. He then pushed me to the ground.

Harry, 38, asserts that he landed on a dog bowl during the “terrible experience,” which resulted in cuts on his back, and that William apologized after the incident.

However, the 40-year-old royal reportedly requested that Harry not inform anybody, especially Markle, about the confrontation, which the Duke of Sussex intended to comply with had his wife not spotted his injuries.

In a prior interview with ITV’s Tom Bradby, Harry stated that William “wanted” his younger brother to hit William back, but Harry “chose not to.”

“What was different about this place was the level of frustration,” stated the blond prince. “I speak of the red mist that surrounded me for so many years, and I observed the same red mist in him.”

Katie Nicholl, a royal specialist, told Page Six exclusively on Friday that the Prince of Wales is devastated and enraged over his brother’s forthcoming biography, which will be released on Tuesday.

Since Harry and Meghan’s wedding in 2018, tensions between the siblings (center) and their wives, previously dubbed the Fab Four, have been high.

Nicholl stated, “In private, William is enraged and devastated by what Harry has done.”

“He simply cannot forgive Harry for what he has written.”