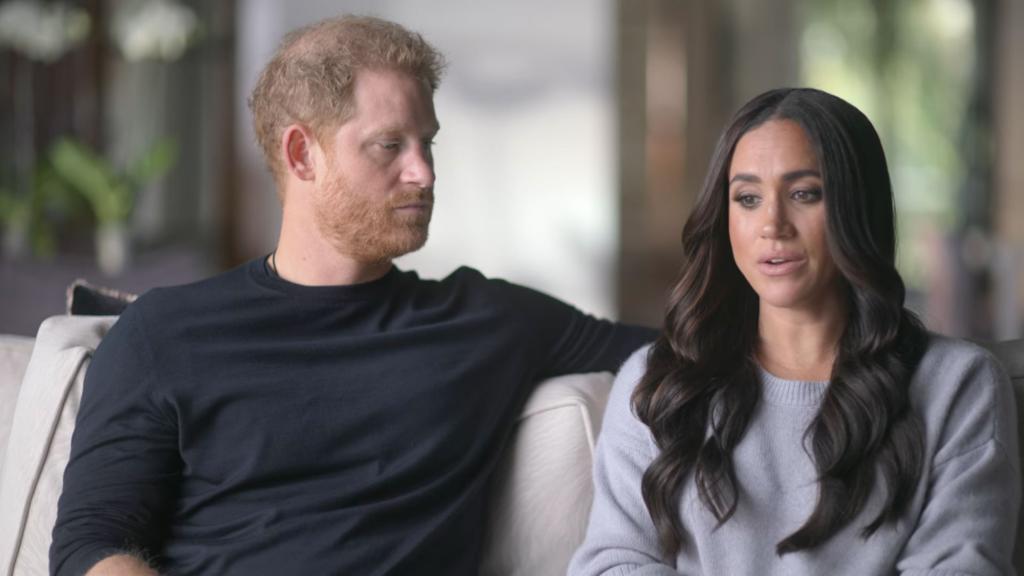 Prince Harry says Buckingham Palace revealed his and Meghan Markle’s departure to Canada in 2020, calling it a “dead giveaway” in their Netflix documentary.

In Episode 5 of “Harry & Meghan,” which began airing on Thursday, the Duke of Sussex explains, “It became evident that the institution leaked the news that we were going to move back to Canada.”

In January of that year, the “contents of a letter” between Harry, age 38, and his father, King Charles III, were published in the media.

Because the couple’s earlier plans to move to South Africa had been revealed, the former military pilot was initially hesitant to put anything in writing, but he eventually emailed Charles, 74, his proposal to move to Canada.

Prince Harry accuses the royal institution of disclosing his impending move to Canada in 2020.

He stated, “I can’t accomplish anything unless it’s in writing.” So I wrote it down,” Harry recalls. “On the first, second, and third of January, I wrote him emails. In one of them, I said that we would be willing to resign our Sussex titles if necessary if things didn’t work out.

Five days later, the title tidbit made its way to the tabloids.

“That was the giveaway,” declares the prince. “I was like, ‘Wow. Our tale, our life, were literally ripped out from beneath us.'”

The couple announced their intention to “step back as’senior’ members of the Royal Family” after months of thought and internal deliberations.

They concluded, “We will strive for financial independence while continuing to help Her Majesty the Queen to the fullest extent.”

The couple and their now 3-year-old son Archie moved initially to Canada, then to Los Angeles in March 2020, and finally to Montecito, California, where they received their now 1-year-old daughter Lilibet.

Clarifying that he never “blindsided” the late Queen Elizabeth II, Harry recalls meeting with his family to discuss his retirement in 2020.

In the documentary, the prince explains to his wife, “Everything was evident to me that they organized it so that you weren’t in the room,” adding that he was “offered five options” and opted to be “half in, half out.”

He said, “It was horrible to see my brother [Prince William] yell and scream at me, my father utter things that were simply not true, and my grandma sit there quietly and take it all in.”

Harry and Markle retired from all royal obligations in February 2021.

Although the duke’s relationship with William, 40, remains tense, the siblings reconnected for the funerals of Prince Philip and the Queen, as well as the installation of a statue of Princess Diana.

Harry, however, does not feel he will receive “sincere accountability or a sincere apology” from his family, stating, “My wife and I are moving on. We are focused on what is ahead.”