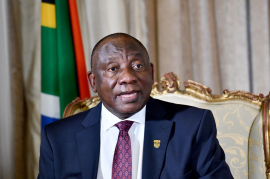 Heads of State and Government as well as delegates from SACU Member States, including Botswana, the Kingdom of Eswatini, the Kingdom of Lesotho, Namibia, and South Africa, will attend the summit, according to the Presidency.

In this year’s summit, “progress made on the implementation of the refocused Work Programme” will be taken into consideration.

This program’s top priorities are as follows:

industrialization based on the creation of regional value chains, luring in investment, and promoting exports;

The SACU Strategic Plan, which was approved by the Council of Ministers on June 2, 2022, will be further considered during the summit, according to the Presidency.