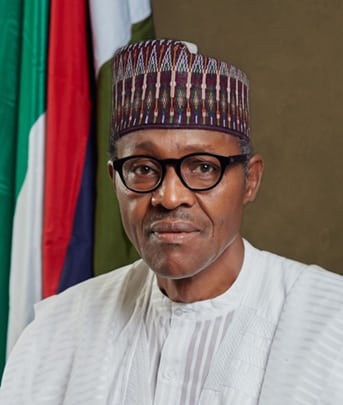 President Muhammadu Buhari encouraged Nigerians on Thursday in Lagos to have faith in the military forces’ capacity to preserve and deliver long-lasting peace and security to the nation.

Inaugurating the 12th Nigerian Navy Games, LAGOS 2022, the President promised Nigerians that the armed forces would maintain their operational tempo in order to address the country’s security concerns.

He said that the security services would continue to take all necessary precautions to protect the safety of Nigerians.

In addition, the President reemphasized the significance of cooperation between the military forces, other security services, and the general public for peace and security.

‘‘Over the years, sports have remained a tool to strengthen the ties between troops, instilling discipline and readiness to serve a common cause in the military. I am sure that these Games will create the forum for the Nigerian Navy to achieve these objectives and more.

‘‘The construction of this sports complex has provided a standard venue for the Nigerian Navy to host major games as well as an appropriate venue for naval personnel within Lagos to use for training and other recreational purposes.

‘‘I am therefore confident that besides the conduct of the Games, the Nigerian Navy and its personnel will continue to make good use of the facilities in this complex,’’ he said.

The Commander-in-Chief of the Armed Forces expressed the hope that the Games would provide the needed platform and avenue for the discovery of new talents that will represent the Navy and Nigeria in international competitions.

He, therefore, urged all participating athletes to inculcate fair play and exhibit a high level of decorum during the competition.

‘‘I note that all commands in the Nigerian Navy are participating in the Games.

‘‘This means that the Nigerian Navy can take stock of the level of preparedness of its personnel while encouraging the development of team spirit amongst its personnel.

‘‘The Games should therefore provide a glimpse of what Nigerians expect from the Nigerian Navy; dedication, commitment, unity, oneness and comradeship,’’ President Buhari said, assuring that the Federal Government will continue to encourage sporting activities in view of its importance towards national cohesiveness and unity.

The President also commended the Lagos State government for its support of the Games and cooperation with the state’s military, praising the state’s exemplary goodwill.

In his message of goodwill, Lagos Governor Babajide Sanwo-Olu referred to the Nigerian Navy as a key partner to the “coastal State of Lagos” for the protection of lives and property.

He consequently praised the President for allowing the building of a new Forward Operating Base (FOB) in Lekki axis, one of West Africa’s most rapidly developing industrial, commercial, and residential districts.

The Governor of Lagos wished the more than 1,800 Naval athletes competing in the Games success and urged them to demonstrate the highest levels of sportsmanship and fair play during the eight-day tournament.

The Chief of Naval Staff said that the Navy will continue to combat crude oil theft and other marine crimes, ensuring that the nation remains off the list of states with high pirate risk.

He expressed his happiness that Nigeria was removed from the International Maritime Bureau’s Piracy List early in the year and that no incidents of piracy have been reported in the past year, adding that this demonstrates the Nigerian Navy’s willingness and resilience to ensure a safe and secure maritime environment in which socio-economic activities can flourish.

The Naval Chief also used the opportunity to express gratitude to the President for his incalculable support of the Nigerian Navy, saying:

‘‘Mr President, it is pertinent to state that induction of Landing Ship Tank, Nigerian Navy Ship KADA into the Fleet has further enhanced Nigerian Navy’s naval power projection, within the region and beyond.’’

‘‘Significantly, the ship embarked on its first official trip last month, with military hardware and logistics for the Nigerian Contingent deployed for ECOWAS Stabilisation Support Mission at Guinea Bissau. This further confirms your administration’s commitment towards regional stability in furtherance of our foreign and defence policy objectives.’’

The Naval Chief stated that the ultramodern Complex commissioned by the President is outfitted with state-of-the-art indoor sports equipment, a world-class gymnasium, a swimming pool, a standard football field, and athletics tracks.

According to him, the retired Admiral’s intention was to ask the President to commission the Complex towards the end of 2020; however, the commissioning could not be carried out owing to the COVID – 19 pandemic.

The Naval Chief said that modern warfare, which is often characterised as volatile, unpredictable, complicated, and ambiguous, puts a tremendous strain on personnel battle readiness, necessitating the maintenance of high levels of physical fitness and mental acuity.

Physical fitness and mental acuity of soldiers have become crucial factors for armed forces in order to fulfil the rising operational demands of the Nigerian Navy, which has participated in several local and international competitions.