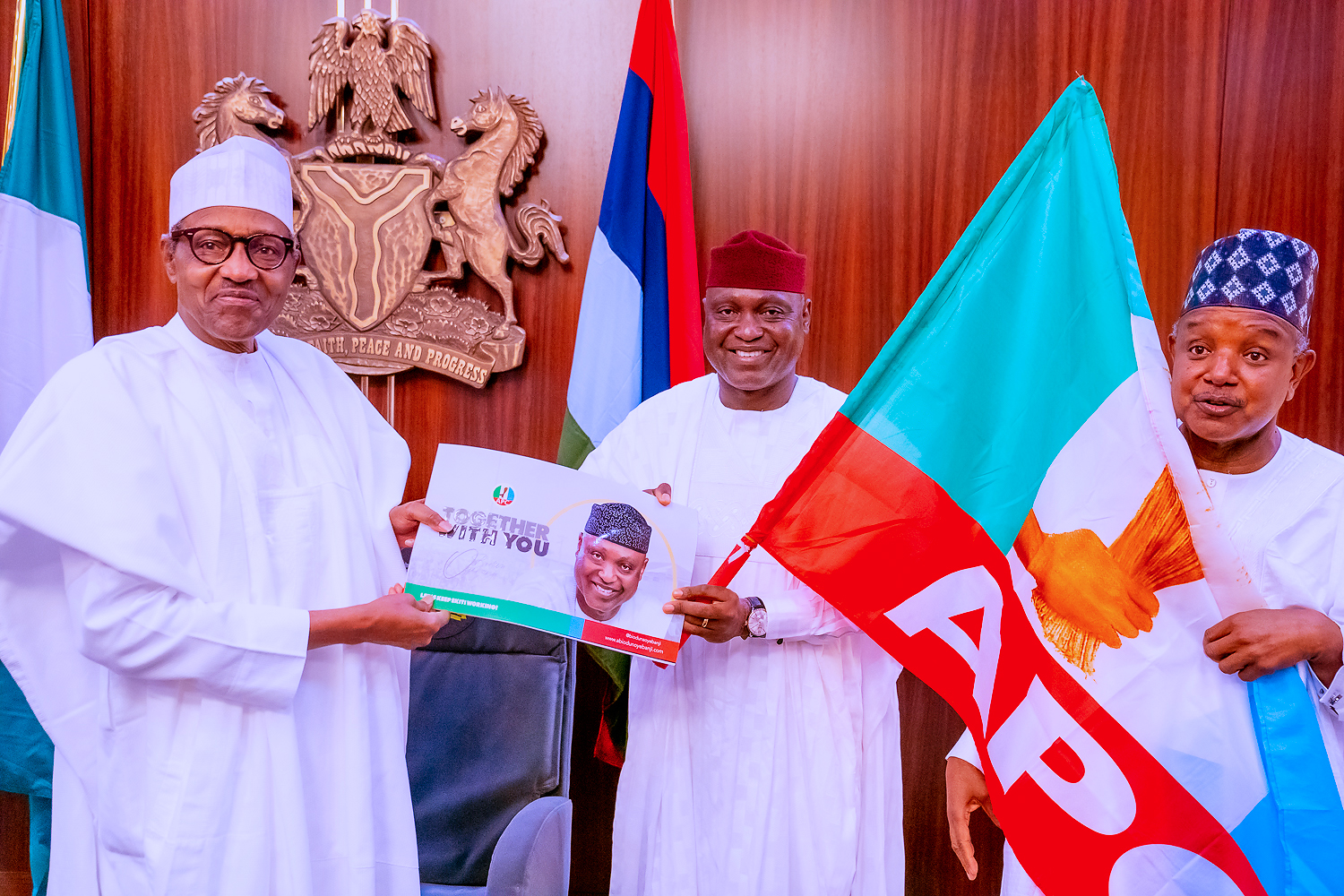 President Muhammadu Buhari has officially presented the flag of the All Progressives Congress (APC) to Mr Abiodun Oyebanji, candidate of the party in the gubernatorial election of Ekiti State, scheduled for June 18, 2022.See below:

The candidate was on Friday led to the President by the National Chairman of the party, Abdullahi Adamu, the National Secretary, Iyiola Omisore, and Governor Kayode Fayemi of Ekiti State as well as his Kebbi State, Atiku Bagudu, who is also the Chairman of the APC Campaign Council for the Ekiti election. View pictures below:

The National Chairman said APC was planning to win the contest, “by the grace of God,” adding that it was the reason the candidate was being presented for presidential blessings.

Governor Fayemi said Oyebanji had been involved in governance in Ekiti in the past 20 years, and has acquitted himself creditably.