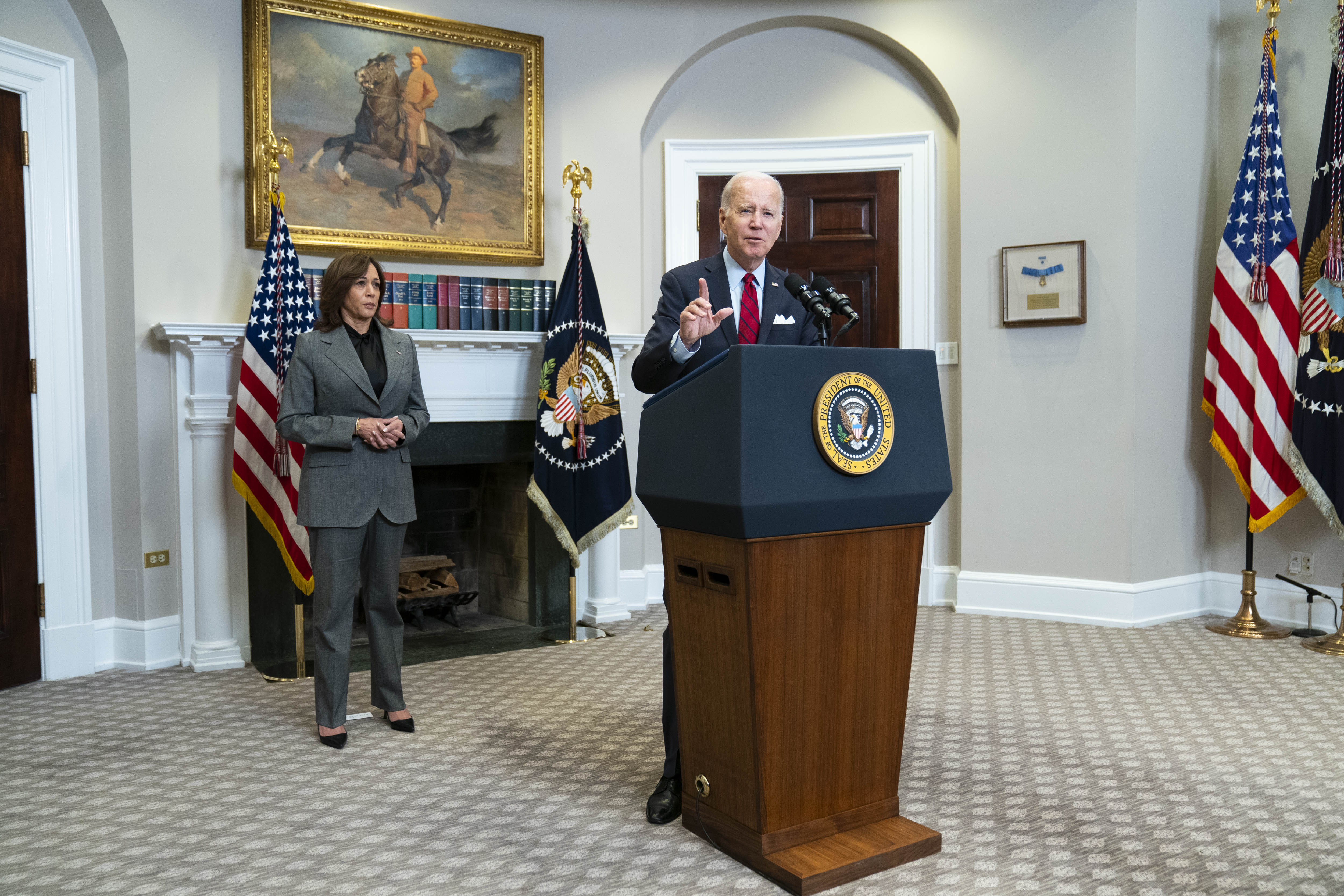 The new border proposal proposed by President Biden is both illogical and unserious.

Biden will visit El Paso, Texas, on Sunday — two years late! — and he will announce that he is ordering the deportation of Cubans, Nicaraguans, Haitians, and Venezuelans who cross the border. They must submit an asylum application from their own country or a safe haven.

This is how it should function for everyone! So why does Biden just apply the rule to these four nations?

Just in November, the Border Patrol had 234,000 interactions. Roughly 90,000 of these refugees were from the four nations mentioned by Biden. Under the new protocol, they would undoubtedly be denied entry. What about the remaining 144,000? Does a person from El Salvador or Guatemala who requests asylum at the border not have to follow the same rules and obtain immediate entry? It appears so.

President Joe Biden discussed a humanitarian policy that will permit up to 30,000 additional Cuban, Nicaraguan, Haitian, and Venezuelan migrants per month.

In the meanwhile, Biden says he will allow 30,000 Cubans, Nicaraguans, Haitians, and Venezuelans per month to enter the United States by plane once they petition for asylum through app. He claims that this is a “parole” scheme, yet he lacks the legal authority to do so. Asylum claims are intended to be assessed on a case-by-case basis; nonetheless, Biden has guaranteed a yearly quota of 360,000.

Then why did Biden make his surprise announcement? It is to spread out the problem so that, perhaps, the American people won’t notice, and the unthinking media will give him headlines stating that he’s fixing things. Administration through press release

Hundreds of thousands of migrants will continue to cross the border each month and wait years for a “asylum” case – they will never leave. But there will be fewer people than in the past, and Biden may avoid the optics of Haitian or Venezuelan refugee camps under bridges. Instead, he will likely fly them into distant airports at night.

At a border wall door in El Paso, migrants of Nicaraguan, Ecuadoran, and other nationalities wait to be picked up by the United States Border Patrol.

Best case scenario for Biden: Roughly 174,000 individuals per month, or 2 million per year, are permitted to enter the United States “legally” (based on 30,000 per month from the “parole” program and the 144,000 who entered in an average month like November). And the president can point to increased deportations and diminished crowds in El Paso as a “victory.”

However, this is the best case scenario.

Mexico has only agreed to allow 30,000 individuals each month who were denied entry for attempting to circumvent the parole scheme. There were 90,000 only in November! What happens to the remaining sixty thousand? Do they return to Cuba, Haiti, and Venezuela, or (more likely) enter the United States illegally? Suddenly, the 2 million-per-year figure increases.

In downtown El Paso, migrants, primarily from Venezuela, rest around a bus near Sacred Heart Church.

Guess what else Biden’s plan does not cover: The millions of individuals who have crossed since Biden became president. In the past two years, there have been 4,4 million “encounters”; the administration admits to returning less than half. And these are the ones we are aware of. There were an additional 1,100,000 “getaways.”

The majority of these millions were bused to sanctuary cities such as New York and will never be deported regardless of a court’s decision.

Biden wants the majority of these individuals accepted. If he did not, he would adhere to the present asylum laws that apply to all nations, not just four.

Biden gives away the game by claiming that Republicans’ opposition to “comprehensive immigration reform” is the actual issue. This is code for “everyone is allowed in and becomes a citizen.” This is Biden’s strategy. He simply does not want you to observe.