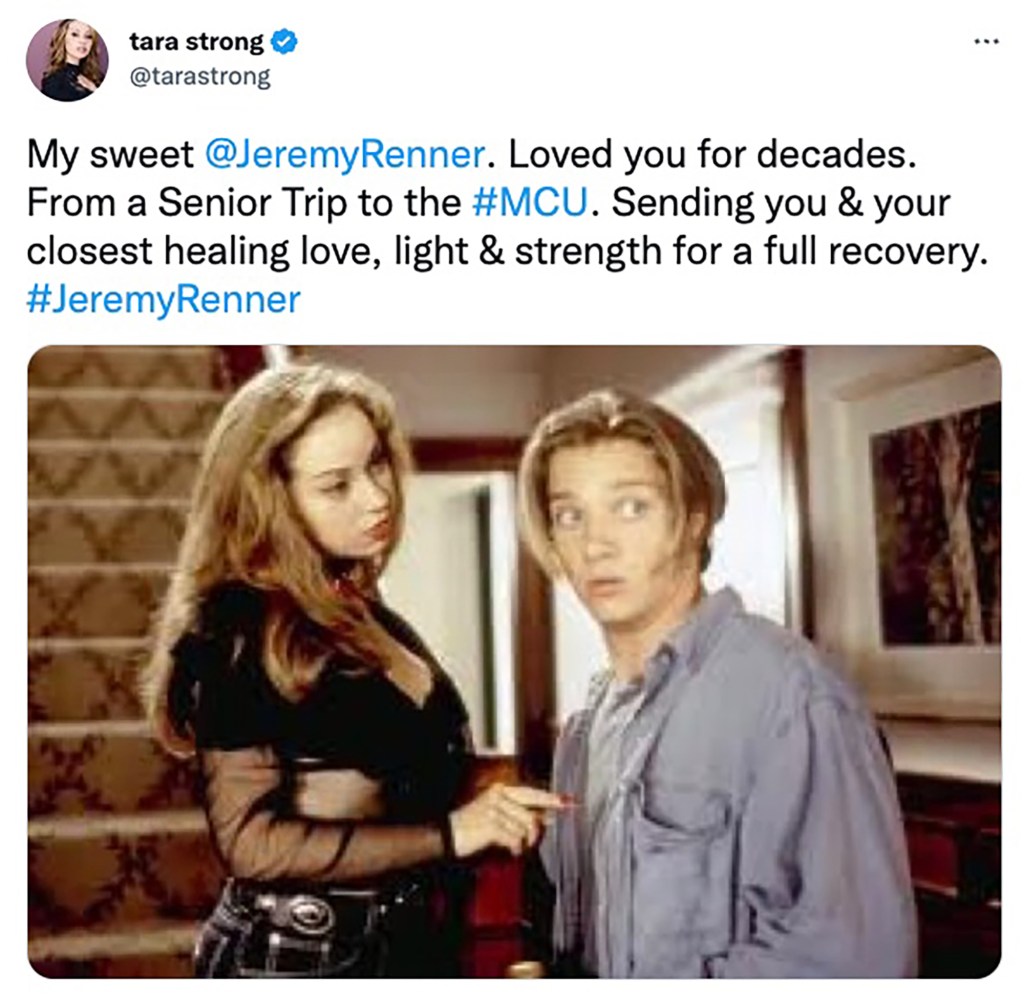 Jeremy Renner received an outpouring of well wishes and prayers on Monday after the “Hawkeye” actor was seriously hurt in an unexpected snow plow accident.

James Gunn, the man in charge of the “Guardians of the Galaxy” film series for Marvel, wrote on Twitter on Monday afternoon, “My heart aches with @JeremyRenner.”

The 51-year-old hero of the Marvel world suffered a leg injury on Sunday after a sizable snow plow he was operating on his property in Northern Nevada allegedly malfunctioned and drove over him.

According to sources, he lost a “significant” quantity of blood in the incident, necessitating the use of a tourniquet by neighbors until an airlift arrived to rescue him.

Soon, he began receiving well-wishers from all over, including actor Robert Patrick of “Terminator 2: Judgement Day.”

I’m sending prayers and good thoughts to @JeremyRenner. Patrick, who co-starred with Renner in “Kill the Messenger,” tweeted.

I love you, @JeremyRenner. I’ve loved you for years. Tara Strong, an actress, posted a picture of the two in the movie along with the caption, “From a Senior Trip to the #MCU. “Sending love, light, and strength for a full recovery to you and your closest friends and family.”

Additionally, there were supportive and horrified comments from the audience.

“I can’t even imagine that pain,” Twitter user @lowymatt1211 posted, along with a photo of the model of snowplow that ran over Renner’s leg.

“The entire MCU galaxy is thinking and praying for him though so hoping a sound recovery can occur,” @lowymatt1211 said.”