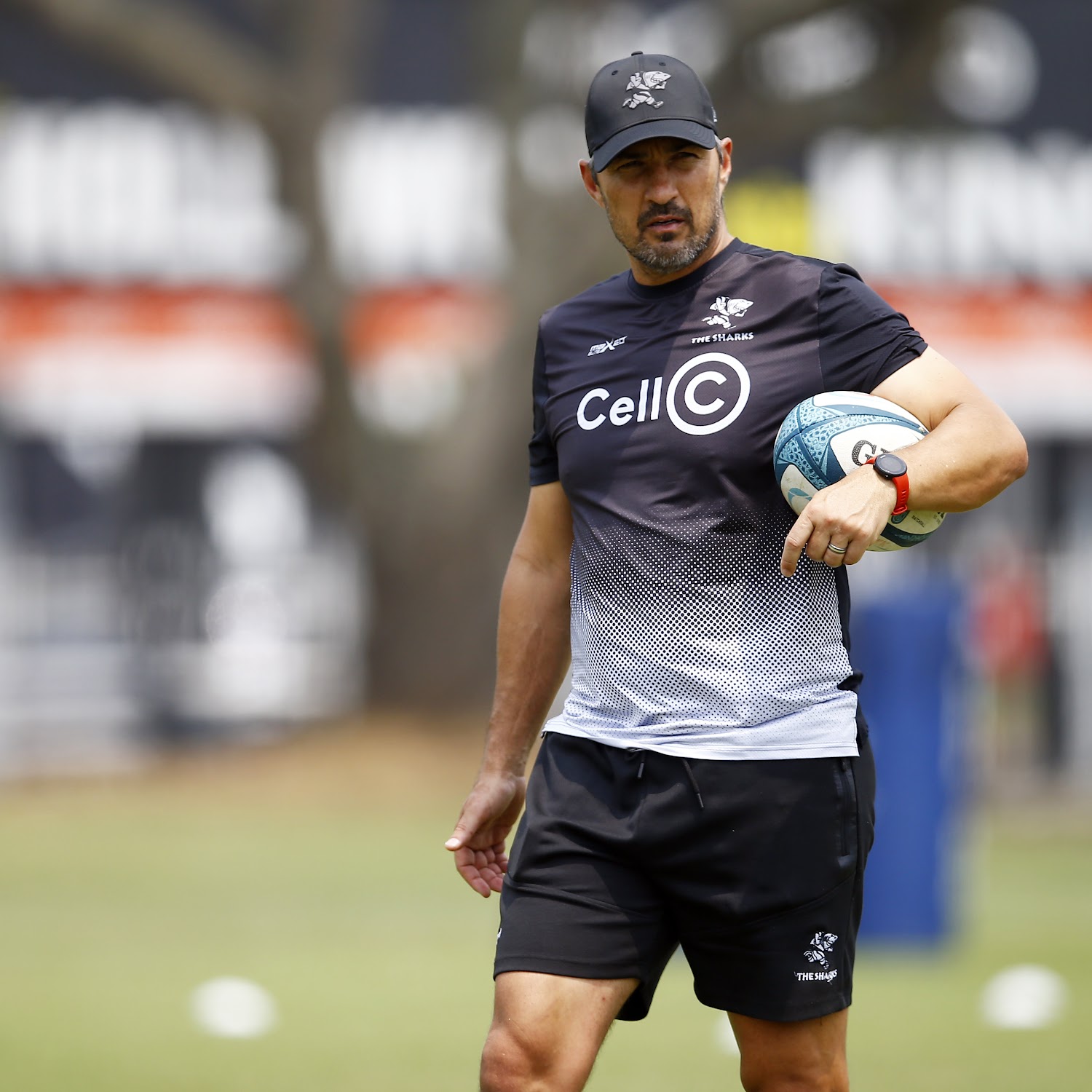 The Sharks have unveiled their new coaching structure for the 2022/2023 season, with Neil Powell’s appointment as director of rugby being the most notable.

Powell began his tenure with the Sharks as an assistant coach under Sean Everitt. Powell was named to acting head coach when Everitt was dismissed late last season.

Powell’s appointment as the union’s director of rugby was announced in an official statement made by the franchise on Tuesday, marking the beginning of a new era.

SHARKS STATEMENT ON NEW COACHING STRUCTURE:
Although we qualified for the playoffs of the Vodacom United Rugby Championship and the European Champions Cup, we wish to be even more competitive. The moment has arrived to build upon the solid foundation that has been established.

We have created a formidable and dedicated staff of current and new coaches, lead by Sean Everitt, in order to maximize the talent within this team and advance our rugby to the next level.

In this regard, we are pleased to announce that Yannick Bru will serve as the senior team’s breakdown coach for European competitions. Bru is a former member of the France national team and a two-time Heineken Cup champion with Toulouse. He has coached at the highest level, as forwards coach for France for five years and for Toulouse for five years, before serving as Head Coach at Bayonne for the past four years. As a coach who has worked with high-profile athletes and organizations, he is an excellent addition to our coaching staff and has signed a one-year contract with an option to renew.

The last addition to our new coaching system is the highly acclaimed Joey Mongalo, who will collaborate closely with our DOR to supervise the Sharks’ Currie Cup campaign and youth rugby. Mongalo’s coaching pedigree is remarkable and just what our rugby team needs to advance.

The reason for Powell’s appointment to director of rugby, according to Sharks CEO Eduard Coetzee, is that his strategy for the future coincides perfectly with the franchise’s vision for the future.

“Neil will be in charge of developing and supervising all rugby structures within the Sharks, as well as ensuring that our teams are in line with the specified coaching DNA. “He will develop and oversee an efficient plan to meet the franchise’s goals, which are eventually to win trophies,” said Sharks CEO Eduard Coetzee.

“He will be in charge of the Vodacom United Rugby Championship and our debut in the European Champions Cup. As a globally renowned and regarded coach, we are certain that he can bring out the best in players and instill a winning mentality inside the Sharks.”

“Neil’s immediate focus and commitment over the next several months will be the Blitzboks’ preparation for the Sevens World Cup in September, and as proud South Africans, we wish him and the squad the best of luck. We look forward to his joining us before to the September 2022/2023 VURC season’s commencement.”

“During the upcoming season, we will compete in no less than five events. This means that coaching depth is equally as vital as player depth. Therefore, it was crucial that we involve the proper individuals, which we have done over the past 18 months.

We hope that the new coaching structure of the Sharks will provide us with stability and the potential to compete for trophies and achieve future success.

»Powell has been named the Sharks’ next general manager«