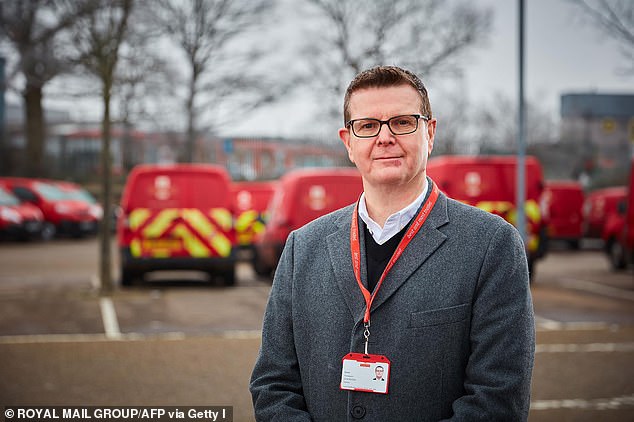 Postal workers are threatening to strike after Royal Mail tried to force them to work on Sundays.

The 500-year-old company wants to ramp up weekend deliveries to compete with rivals such as Amazon and DPD.

But it now faces a backlash from bosses at the Communication Workers Union (CWU), who filed an emergency motion at their annual conference last week warning that unless pay demands are met there could be a walkout of more than 115,000 staff as early as next month.

At the moment, posties can volunteer to deliver parcels on Sundays – typically online purchases from large retailers. However, Royal Mail wants to modernise the service by expanding it to include deliveries for small businesses and shoppers.

In return the firm is offering staff a two per cent pay rise backdated to April 1, and a further 1.5 per cent from the date when the changes are implemented. It is also offering a new ‘above-and-beyond’ bonus, worth up to two per cent, for staff who hit productivity targets.

However, the CWU wants a ‘no-strings’ deal in line with inflation – which is currently seven per cent.

Deputy general secretary Terry Pullinger said: ‘We know what our members have done through the pandemic, we know they deserve a pay rise – one that rewards them for what they’ve done, but also protects them from this cost-of-living crisis.

‘We are giving them one week, and if we’re not in sight of a no-strings pay award we’ll instigate the four-week resolution process at national level.

‘They want to smash up this great public service and fill their pockets with gold. We have to fight with everything we’ve got.’

Royal Mail chief executive Simon Thompson will hold talks with the CWU this week in a bid to avoid industrial action.

The cost-of-living crisis, with soaring prices for energy, food and fuel, is expected to cut consumer spending on online purchases, which could hit parcel volumes. Royal Mail is also battling rising costs, such as fuel for its huge fleet of vehicles, and bosses have been considering sending more post between its sites by rail, which would also cut carbon emissions.

It is required by law to deliver letters six days a week from Monday to Saturday, and parcels from Monday to Friday, to every address in the UK at a uniform price.

Royal Mail said: ‘We have been clear that we want to agree a deal as soon as possible to recognise the great work of our people, while ensuring that Royal Mail can grow and remain competitive into the future in a fast-changing industry.’

It began a major review of its operations in February following a car-crash Christmas. Deliveries were seriously delayed across the UK, with some Christmas cards not arriving until mid-January.

Post Office workers are due to stage a one-day strike on Tuesday in a separate CWU dispute over pay.