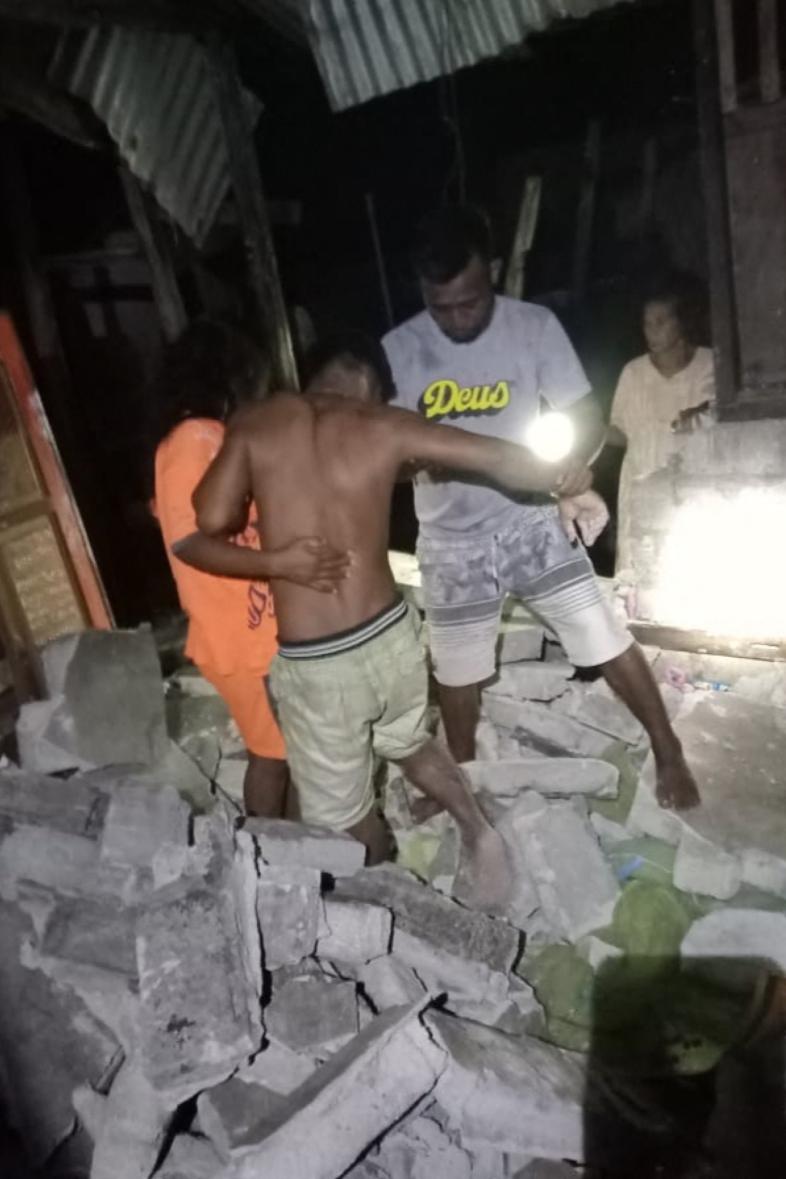 In the Tanimbar islands, 15 residences and two schools were destroyed, with one home being severely damaged and three others significantly so. There was just one resident who was hurt.

Strong earthquakes that lasted three to five seconds were noticed by locals. Residents fled their homes out of fear as the earthquake rocked, according to a statement from Abdul Muhari of the National Disaster Mitigation Agency, quoting the local agency.

According to data from 2021, the magnitude 7.6 temblor’s epicenter occurred in the Banda Sea, close to the Tanimbar islands in Maluku province, which are home to roughly 127,000 people. In addition to northern Australia, Papua and East Nusa Tenggara provinces also experienced tremors.

A tsunami warning was issued by Indonesia’s Meteorology, Climatology, and Geophysical Agency, which was subsequently revoked.

According to four tidal gauge readings made close to the earthquake’s epicenter, agency chief Dwikorita Karnawati claimed there was no notable abnormality or shift in sea level.

According to the U.S. Geological Survey, the earthquake’s epicenter was 65 miles under the surface, not far from Australia’s northernmost point. Although they are felt more broadly, deeper earthquakes often inflict less surface damage than shallow shaking.

More than 1,000 individuals in northern Australia, including in Darwin, reported feeling the earthquake to Geoscience Australia. The mainland, any islands, or any territories were not in danger from a tsunami, according to the Joint Australian Tsunami Warning Centre.

It was the longest earthquake Vassy, an Australian singer, had ever experienced, remarked on Twitter.

We escaped the home in the middle of the night because of an earthquake that was the longest and felt the strongest I’ve ever encountered. It was rather awful, Vassy said. “Awakened us in the dead of night.”

On the Pacific “Ring of Fire,” the arc of seismic faults around the Pacific Ocean where the majority of the world’s earthquakes and volcanic eruptions take place, Indonesia is regularly rattled by earthquakes.