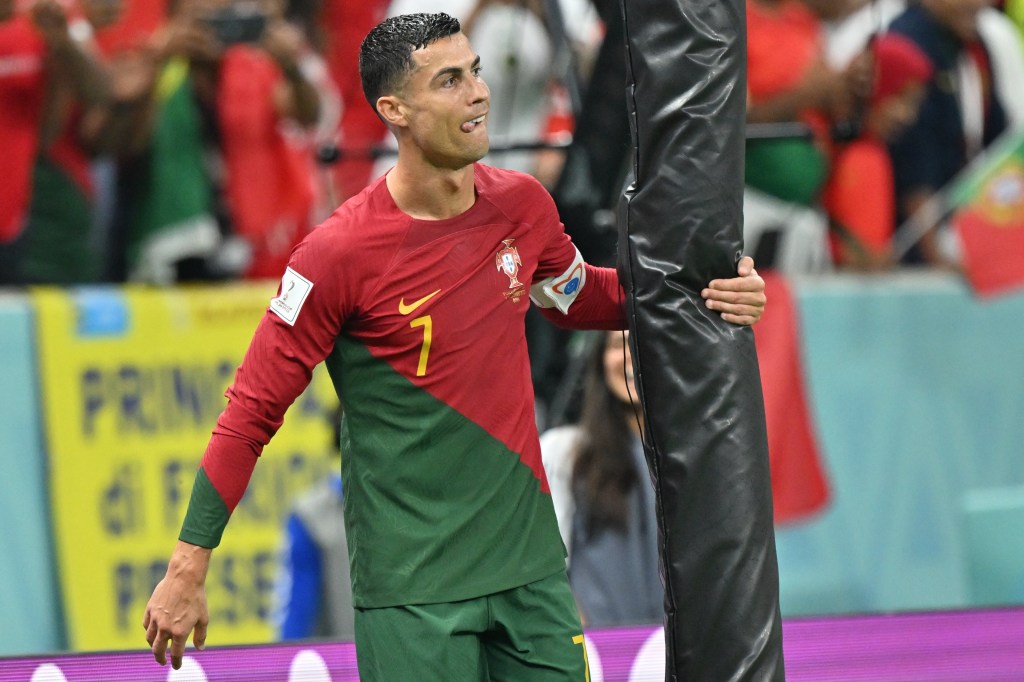 While the media for the remaining teams at the World Cup is focused on what will occur on the field, for Portugal, everyone is discussing whether or not Cristiano Ronaldo will or should play against Morocco on Saturday morning.

In the Round of 16, Portugal defeated Switzerland 6-1 without Cristiano Ronaldo on the strength of a hat-trick from Goncalo Ramos, the player who replaced Ronaldo in the starting lineup.

Portugal is a heavy favorite to go past the tournament’s Cinderella team, Morocco, with or without the presence of their mercurial superstar. The game is scheduled to begin at 10 a.m. ET on Saturday on FOX.

Cristiano Ronaldo (7) ready to come in off the bench for Portugal\sMorocco vs. Portugal prediction

Prior to the competition, there were numerous valid concerns regarding Portugal. Ronaldo, Bruno Fernandes, Joao Felix, and Bernardo Silva all possessed skill. Despite this, Fernando Santos, who was known for being too conservative as a manager for a squad with this many stars, never appears to get the best out of Portugal.

Instead of utilizing the attacking quality at his disposal, Santos’ Portugal frequently played with the training wheels on and were criticized for attempting to avoid defeat rather than win.

But this tournament has been a bit different for Santos’ side. This week, Portugal has played three high-stakes matches, including the aforementioned thrashing of Switzerland.

This type of offense will likely be difficult to generate against Morocco, who recently stunned Spain on penalty kicks after keeping La Furia Roja scoreless for 120 minutes. It was another outstanding defensive showing from the Atlas Lions, who have only given up one goal in four matches, and it came via an own goal.

Do you wager on the World Cup?

In addition, Morocco has not exactly had an easy schedule. The Atlas Lions pitched shutouts against Belgium, Croatia, and Spain, limiting each of these European giants to a goal-against-expectation of 1.0 or less. This team is difficult to unlock.

Morocco’s defensive strength and Hakim Ziyech’s ability to strike fast on the counterattack or from set pieces are what make them such a dangerous underdog. The North Africans are experts at reducing contests to coin flips. They should have every opportunity to do so against a Portuguese team that is likely being overestimated following their impressive victory against Switzerland.