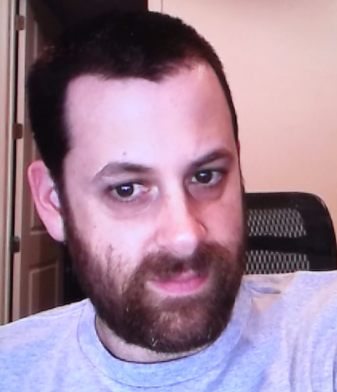 The Ten Most Wanted Fugitives list now includes the owner and operator of a pornography production firm who is accused of sex trafficking and producing child pornography. The FBI is offering a reward of $100,000 for information that results in his capture.

In order to find young ladies for modelling employment, Michael James Pratt and his accomplices reportedly exploited online advertising, phoney websites, and email accounts. According to the criminal papers, Pratt and others would not reveal that they were truly looking for women for pornographic film sessions until after the victims replied to the adverts.

According to investigators, the ladies were persuaded that they would stay anonymous and that the tapes were for a private collector abroad. According to allegations, Pratt and his associates paid other young ladies to misinform hesitant participants that their photos would never be posted online.

However, the videos were published online, and between about 2012 and 2019, Pratt’s pornographic websites GirlsDoPorn and GirlsDoToys generated millions of dollars in revenue from the videos.

Through this scheme, Pratt has harmed hundreds of young women, according to Supervisory Special Agent Renee Green of the FBI’s San Diego Field Office.

Investigators and court filings indicate that one victim was under the age of 18 when she met Pratt. Other victims said they were coerced into having sex against their will and that Pratt and his associates harassed and blackmailed them when they found out their recordings had been put on his websites and demanded they be taken down.

Green said that the young ladies who fell into his trap were tortured by him through deception, lies, and retaliation. “And we think he’ll keep looking for ways to victimise more women and other individuals for his own financial advantage,” the statement said.

Several of Pratt’s accomplices have been prosecuted for their involvement in the conspiracy. In 2021, the websites’ videographer and accountant both entered guilty pleas to counts of trafficking.

Ruben Garcia, a San Diego resident who was one of the main producers and recruiters for the websites, received a 20-year jail term for his involvement in the trafficking scheme. Matthew Isaac Wolfe, who is thought to be a co-owner of Pratt, pled guilty to fraud, coercion, and conspiracy to conduct sex trafficking. In October 2022, Wolfe is due to get his sentence.

The only significant conspirator who is still at large is Pratt.

Pratt is 200 pounds and stands at 6 feet tall. He talks with a New Zealand accent and has brown hair and hazel eyes. Pratt has links to Australia as well as New Zealand, and he is financially able to tour the globe.

Green said, “We believe that there are others out there who have been aiding Michael Pratt in his attempt to flee.” He probably offered them the world, promising to provide them money and presents in exchange for giving him a safe haven.

Green urged anybody who could be helping Pratt to think about their own interests as well as the interests of the many victims in this case and come forward with information.

Please get in touch with your neighbourhood FBI office or the closest embassy or consulate of the United States if you have any information or a tip concerning Michael James Pratt’s location. A tip may also be left by phone at 1-800-CALL-FBI or online at tips.fbi.gov.