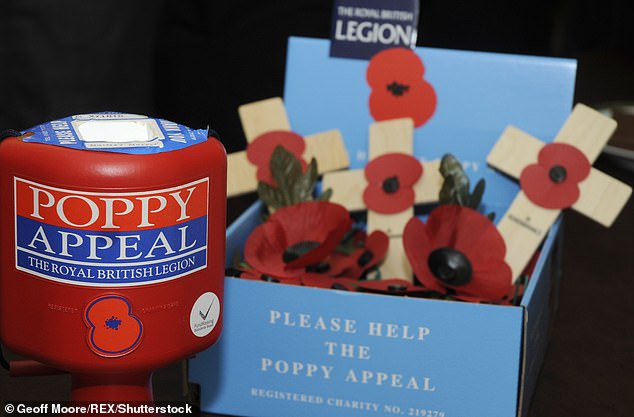 Police have cautioned that fraudsters are targeting victims by accepting donations via contactless card machines instead of cash.

Scammers have been observed contacting families while pretending to be collecting funds for the Royal British Legion.

The charity warned its collectors against using contactless machines to take donations.

Police in Gwynedd, North Wales, are issuing a warning about the fraud and stating that the perpetrators do not carry identification.

North Wales Police issued the following statement: ‘Please be warned that we have received allegations of individuals in the Gwynedd South area purporting to be collecting funds for the Royal British Legion using contactless capabilities.

They lack identification and are unknown to the locals who have been solicited.

“According to the Royal British Legion, none of their collectors use contactless equipment.

“If someone approaches you with a contactless contribution request for the Royal British Legion, do not give them any money and report the incident to the authorities immediately.

Please notify us via our website or by dialing 101 if you have any information about this fraud or if you have been solicited by the perpetrators.