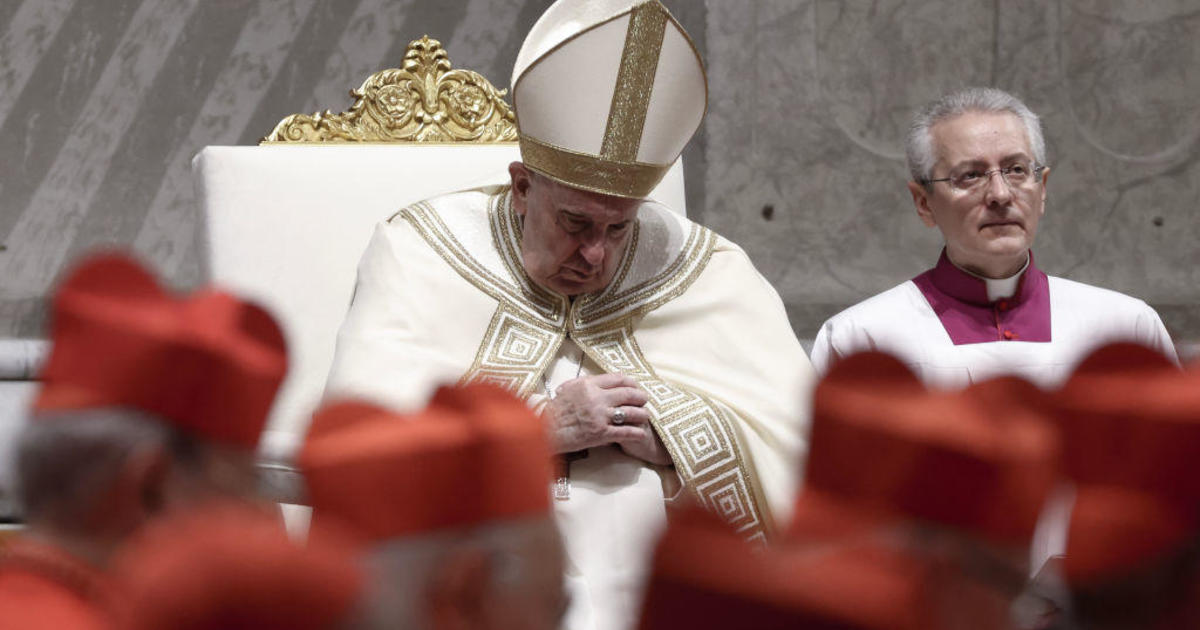 The Vatican City During New Year’s Day appearances, a day after Pope Emeritus Benedict XVI died in retirement at the Vatican, Pope Francis prayed for his predecessor’s entrance into paradise and thanked him again for a lifetime of devotion to the church.

On New Year’s Day, Pope Francis presided over a mid-morning Mass at St. Peter’s Basilica, which will hold Benedict’s coffin beginning Monday. Thousands of devout are scheduled to visit the casket over the course of three days.

Benedict, 95, passed away in the Vatican, where he had resided since his retirement, on Saturday morning. He was the first pope to resign in centuries, citing his deteriorating health.

Francis appeared exhausted and sat with his head bent as Mass began on the first day of the year, a day dedicated by the Catholic church to the topic of peace.

He temporarily stopped reading his homily, which emphasized hope and peace, in order to pray loudly for Benedict.

“Today, we leave our beloved Pope Emeritus Benedict XVI to our Blessed Mother, so that she may accompany him on his journey to God,” he stated.

Francis remarked of Mary, “In these hours, we invoke her intercession, especially for Pope Emeritus Benedict XVI, who departed this world this morning.”

Francis, addressing from a window of the Apostolic Palace to pilgrims and tourists below, said, “Let us unite all together, with one heart and one soul, in expressing gratitude to God for the gift of this devoted servant of the Gospel and of the church.”

Francis will preside over Benedict’s funeral in the square on Thursday morning. The Vatican has stated that the ceremony will be simple, in accordance with the preferences of Pope Benedict, who worked as the Church’s doctrinal watchdog for decades as a German cardinal before being elected pope in 2005.

In recent years, Francis has praised Benedict’s historic choice to become the first pope to resign in 600 years and made it plain that he would consider such a move for himself.

Francis, 86, arrived in a wheelchair to the basilica on Sunday due to knee problems. He then sat in a chair during the Mass, which was celebrated by the Vatican’s secretary of state.

Francis, who has consistently denounced the war in Ukraine and its damage, recalled the victims of violence who spent the holiday season in darkness, terror, and cold.

Francis stated in his homily, “At the beginning of this year, we need hope just as the Earth needs rain.”

In his address to the faithful in St. Peter’s Square, Francis mentioned the “intolerable” war in Ukraine, which began with Russia’s attacks and invasion in February of last year, and in other parts of the world.

Francis, however, stated, “Let us not lose hope” that peace will prevail.

In all parts of the world and among all peoples, there is a growing outcry of “no to war and no to rearmament; instead, invest in development, health, food, education, and employment.”