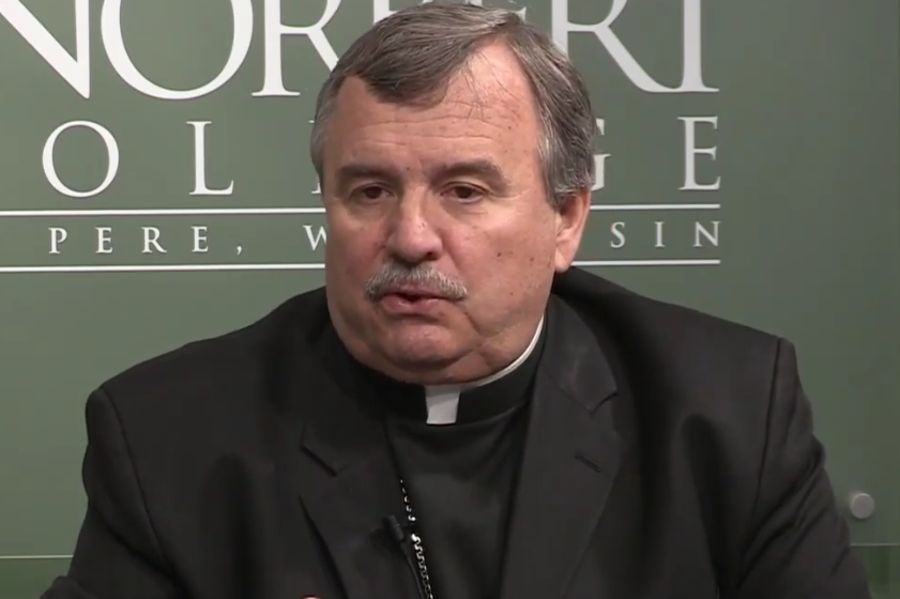 He told the archdiocesan newspaper Chicago Catholic that he had always felt welcomed by members of the Hispanic community.

“I have been able to develop friendships with them and understand their issues, many times not seen by the media. My involvement with them has made me a better priest and a better person,” he said.

The Chicago native has been living at Good Shepherd Parish in Little Village, a neighborhood on Chicago’s West Side, with a large foreign-born Mexican population, where 80% of residents are of Mexican descent.

In 2006, Manz wrote about how he first became interested in migrant worker rights. In an essay on the Chicago archdiocese website, he explained that during college seminary, he was assigned to work in the kitchen, where a group of religious sisters from Mexico did the cooking.

“So over the course of the next couple of years, they basically taught me Spanish and that started my interest,” he wrote. “About the same time, I worked with a landscaping outfit in the summers to help pay my expenses, and a lot of the men I worked with were migrants, Mexican Americans from Texas or Mexico.”

“They were a big contrast to the sisters. Their whole outlook on life and their vocabulary was very different, and that piqued my interest even more,” he added.

Breaking:  I May End Up On The Pulpit After My Tenure As Governor – Abiodun