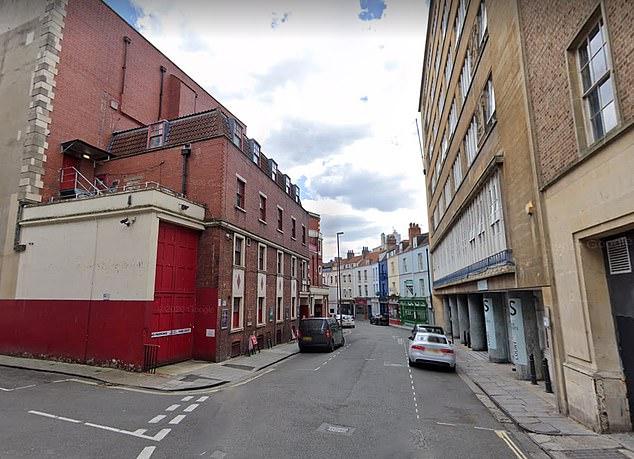 Following the rape of a lady in her 20s in Bristol, police are looking for a male as part of their investigation.

After a lady complained that a man had sexually assaulted her in Denmark Street, Bristol, Avon and Somerset Police stated they are looking for witnesses, video, and information.

It occurred on Sunday, October 30, the night when the clocks changed back, between between 3.30 and 4.30 in the morning.

The lady was alone on her way home after spending the evening with pals at a neighboring tavern when a stranger approached her.

We’re interested in hearing from anybody who was on Denmark Street around that time. According to police investigations, a number of individuals, both on foot and in automobiles, passed by as the incident occurred.

Police detectives said that they are particularly interested in hearing from drivers who have dashcam or other mobile device video of the scene at the time.

In connection with their investigation, police are also trying to find a male.

He was reported as being in his late 20s or early 30s and standing about 5 feet 7 inches tall when he was last seen in the region.

In order to get specialized care while police conduct their investigation, the victim has been referred.

We’ve referred the woman to specialist support and are conducting a thorough investigation while being sensitive to the trauma of her experience, said Detective Sergeant Toby Hayes of Operation Bluestone, the dedicated team of rape and serious sexual offence investigators at Avon and Somerset Police.

Although this appeal is just one of our lines of inquiry, I would still want to hear from anybody who was on Denmark Street between 3.30 and 4.30am. You may not be aware of it, yet you could possess the crucial piece of knowledge that we want.

Call 101 and provide the call taker with the case reference number 5222260982 if you have any information.

Additionally, you may contact independent charity Crimestoppers completely and anonymously by calling 0800 555 111 or using their web form.

»Police seek man who raped 20-year-old on night out«