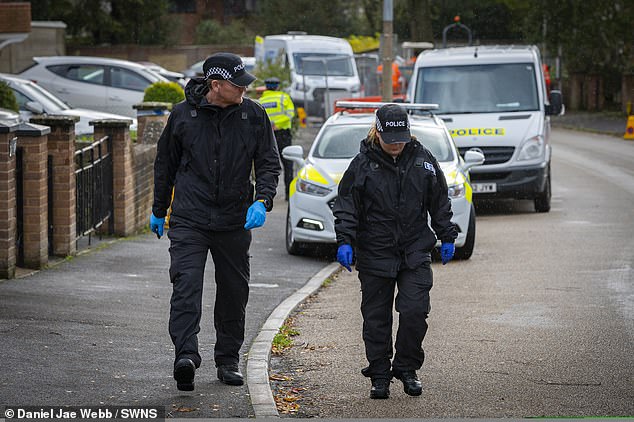 After investigating a house and two high-end vehicles, a specialized team of investigators confiscated a mattress and highchair. Three persons detained in connection with the mysterious death of a five-week-old infant were also given bail.

The infant boy was transported by EMS to Salisbury District Hospital on September 1 and passed away on September 9.

According to detectives, the infant was originally rushed to the hospital due to worries for his wellbeing. He received urgent medical care because of his critical condition.

On Tuesday, Wiltshire Police detained three people on suspicion of murder: an 18-year-old woman, a 23-year-old male, and a 54-year-old woman.

On suspicion of permitting or causing a child to suffer serious damage, the trio was also detained.

The police announced all three suspects had been granted bail pending more investigation on Wednesday morning.

Officers searched a home, the yard, and two vehicles in the driveway under the direction of Wiltshire’s Major Crime Investigation Team (MCIT).

Officers examined the Land Rover and Audi’s engine bays while conducting the search.

A mattress, pillow, and high chair were all removed from the home and packaged.

A Wiltshire Police spokeswoman stated in a statement on Tuesday that three persons had been detained in connection with the death of a five-week-old infant from the Salisbury region.

We have detained an 18-year-old lady, a 23-year-old male, and a 54-year-old woman in connection with the inquiry today (November 1), according to our thorough investigations.

The three persons have been detained on suspicion of murder and allowing/causing substantial injury, according to the police, who confirmed this to MailOnline.

There have been no charges filed, and the inquiry is still underway.