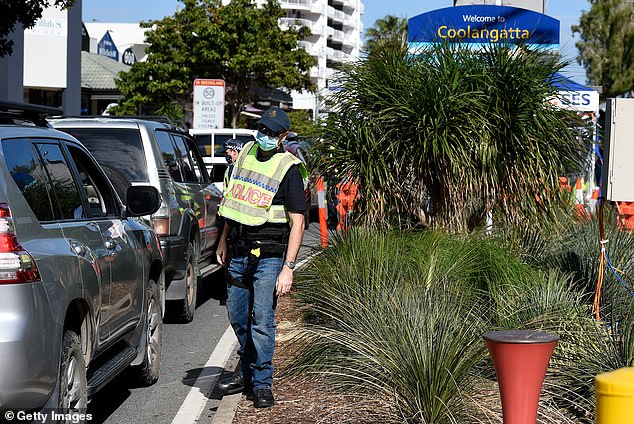 When travel was prohibited because of the COVID-19 epidemic, a police officer confessed unlawfully taking his daughter over the Queensland border.

When Robert William Eickenloff rode his motorbike into NSW to accompany his only child over the border between Tweed Heads and Coolangatta in September of last year, he was on duty as a senior officer with the Road Policing Command, a Brisbane court was told on Thursday.

On September 12, his daughter, who was 20 at the time, requested for special admission into Queensland after many months of working as a ski instructor in Thredbo.

At the time, only those who resided close to the border and needed to go interstate for a specific reason had access.

Three days after she submitted her application, the now 56-year-old, who was sworn into the Queensland Police in 2004, saw his daughter as she neared the border in New South Wales.

The woman’s car was waved through after Eickenloff informed a checkpoint officer that he had verified the woman’s documentation was “all OK.”

Judge Allen informed Eickenloff, “It is possible that had you not acted to allow your daughter to evade inspection at the checkpoint that she may easily have been barred from crossing the border.”

“Your misuse of your authority allowed her to get beyond the legislative limits that were intended to protect the Queensland community under the circumstances of Covid transmission at that time,” the statement reads.

Eickenloff’s daughter left for home, but a checkpoint officer reported that the woman looked to be driving home from inside her car.

She was fined $4135 and placed in a hotel for the required two weeks of quarantine after the violation of health directives was discovered.

Eickenloff reportedly worried to the court about his daughter’s mental health and her separation from her family when she was living in New South Wales.

A psychiatrist also discovered that the patient’s at-the-time untreated post traumatic stress disorder had an impact on his thinking.

According to Judge Allen, Eickenloff had plainly violated the community’s faith in him as a police officer.

Limitations have an impact on a large number of individuals, and there have been reports of family members being torn apart as a consequence of restrictions.

“One may imagine that individuals who suffered in such a way would be incensed that a police officer charged with upholding such regulations used his position as a police officer to escape them,” the author writes.

Troy Schmidt, the attorney for Eickenloff, contended that his client responded as any loving parent would under unusual circumstances.

The judge said, “But the fact of the case is that not every parent could,”

Because of his essential work as a police officer, Judge Allen said that Eickenloff was emotionally susceptible in his reaction to the situation of his daughter.

After being suspended from work without pay due to the incident, Eickenloff resigned in March after having driven buses for around two months.

Eickenloff, who pled guilty to one count of misconduct in public office, was given a year to perform 120 hours of community service by Judge Allen.

There was no conviction noted.