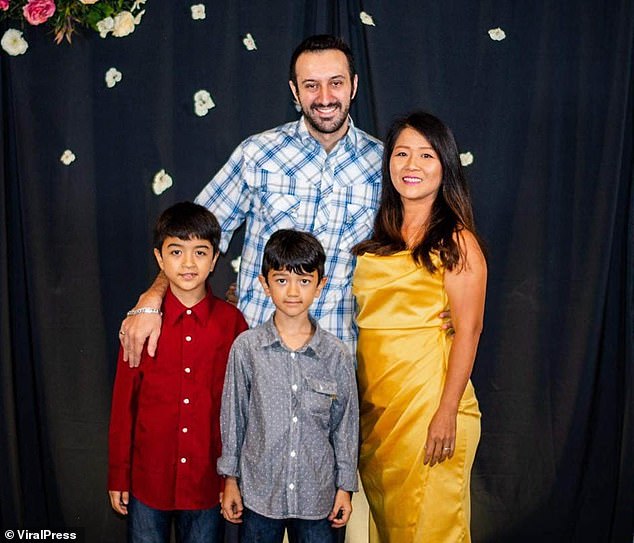 Police are probing the death of a British father who was reportedly discovered with a black bag over his head by his Cambodian wife.

On November 30, at approximately 6:15 a.m., Jonathon Stock, 34, from Newcastle upon Tyne slept at home as his wife Meiling, 39, and their two small children left for school in the western Battambang province.

However, when his wife returned home three hours later, she discovered Jonathan dead by the front door of their Sangke neighborhood residence.

Meiling told police that a black plastic bag, which investigators discovered approximately 2 feet away from the body, was covering his head when she saw him. She stated that she called her family for assistance, and the bag was removed.

The case is being investigated by Deputy Provincial Police Commissioner Lim Puthyla, who stated, “Mr. Stock’s wife discovered his body at home.” We are closely examining the situation.

Our investigators will conduct interviews with other individuals who knew the deceased. We shall determine the actual cause of death.

Currently, only one witness’s testimony is available.

Suicide was initially ruled out as the cause of the incident, but authorities were urged to investigate further following rumors about his death.

Local media cited ‘inconsistencies’ in his wife’s statements to police and to reporters. Jonathan’s whereabouts at the time of her departure were unknown, although Meiling allegedly told a reporter that he was preparing breakfast.

Neighbors also reported that the couple “frequently clashed” and had a “scuffle” the night before.

Director of the Office of Serious Crimes Ko Sun Kaing stated that police were also investigating whether Jonathan suffered a heart attack. The results of a postmortem examination are awaited by investigators.

He added, “I do not yet know the cause of death because I have not yet received the district’s report.” I visited the crime scene to observe the investigators at work.

Meiling told the police that she had left her husband in the bedroom alone.

She stated, “I awoke my daughter and took her to her Chinese school.” My husband requested more sleep.

After school, I went to the market to eat noodles. When I arrived home at 9:20 a.m., I discovered my husband dead by the front door.

Meiling, who has been married to Christian missionary school teacher Jonathan for approximately ten years, reportedly contacted her mother and brother and the police for assistance.

Jonathan, who had spent over a decade in Cambodia, taught at the Christian SBS school in the province and wrote several books on the Khmer language. He was fluent in both the spoken and written language and assisted his wife in operating their coffee shop.

Officers are now searching for additional witnesses as they have only interviewed Jonathan’s wife, Meiling, who was the last person to see him alive before discovering his body.

It stated, “We request local authorities to assist in this matter and permit the family to move forward with funeral arrangements accordingly.”