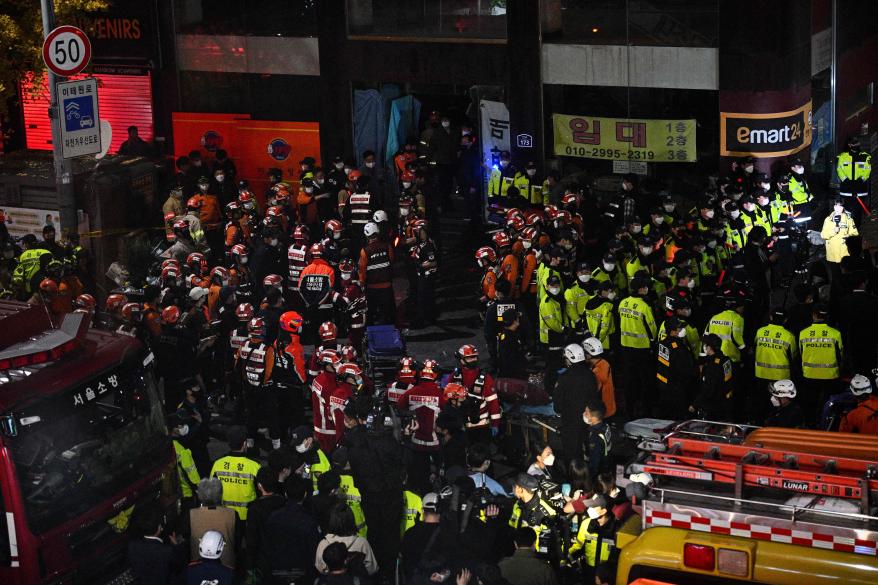 SEOUL – Friday, South Korean police concluded a months-long investigation into the Halloween crush that killed 159 people in Seoul last year by concluding that a lack of planning and inadequate response were the primary reasons of the catastrophe.

The festivities in the popular nightlife district of Itaewon turned fatal on October 29 after tens of thousands of teenage revelers crammed into tiny alleys to celebrate the first Halloween in three years without COVID barriers.

Sohn Je-han, who led the investigation, asserted that authorities, including the police, failed to create safety measures despite the fact that thick crowds made an accident possible and failed to take proper action when rescue calls began to come in.

On October 30, 2022, in Seoul, South Korea, a crowded street in the Itaewon area is depicted prior to a fatal stampede.

People visit the location of a crush that occurred during Seoul’s Halloween celebrations.

Families of the deceased and members of the opposition have condemned the police inquiry for neglecting to hold high officials accountable.

Lee Jong-chul, the leader of an organization representing the bereaved families, told reporters as he arrived at the prosecutors’ office in Seoul, “We have so many unanswered questions.” “We came here to provide a victim statement, anticipating a more thorough investigation.”