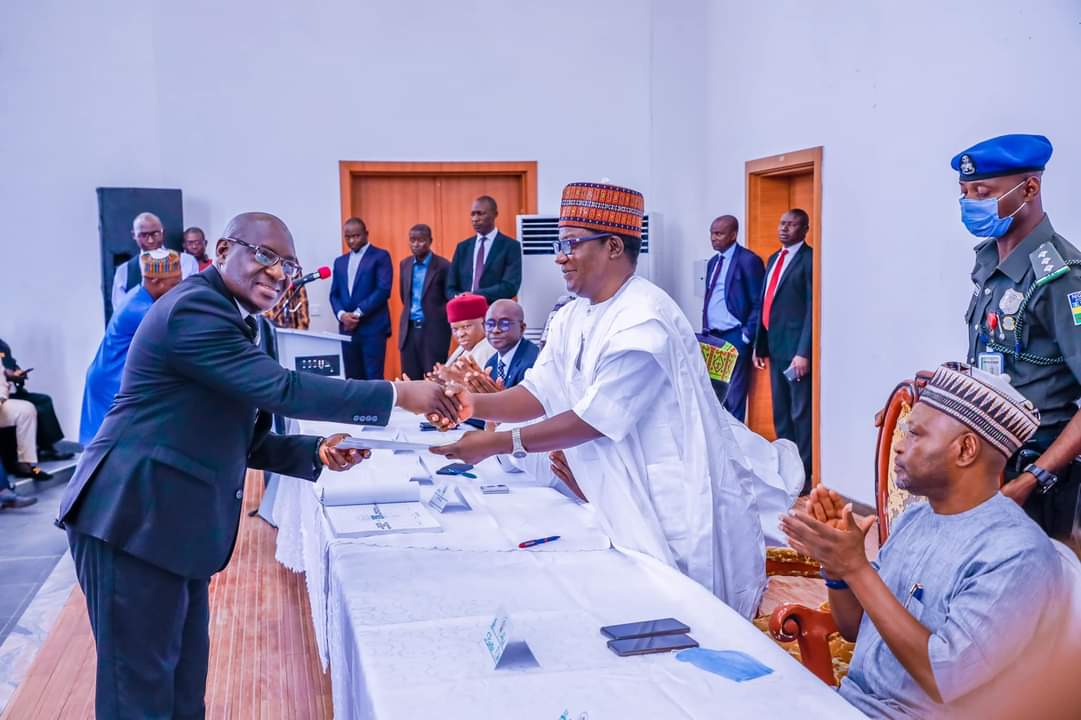 “Justice Mann has paid his dues in the Temple of Justice and through experience, talent, and patriotism, he has been elevated as the Chief Judge of the State by the grace of God,” the Governor said during the swearing-in at the Victoria Gowon Hall, New Government House Little Rayfield in Jos, the state’s capital.

While I congratulate you on your well-deserved appointment, I’d want to remind my Lord that this is a difficult duty that requires complete attention and commitment for the sake of peace, progress, and stability.

No one can lecture you on what citizens expect from you as the Head of this extremely important Arm of Government because you’ve spent your whole public life in this area.”

He exhorted him to view his elevation not only as a call to duty, but also as a trust placed in him by God to represent him in the affairs of men by abiding by his Oath of Office and carrying out his responsibilities in the fear of God, without fear, favor, attachment, or ill-will.

According to Lalong, the new Chief Judge will take office at a time when the state’s three arms of government, including the judiciary, are acting autonomously.

As a result, he advised him to make the most of the freedom that autonomy affords.

Lalong also called the new Chief Judge’s attention to the difficulties of expedited justice, particularly when it comes to suspects accused of violent crimes such as terrorism.

“We’ve found that the longer such cases sit in court, the colder they become, and the more likely they are to influence not only witnesses, but the whole public’s security and safety.” According to the findings, the failure to resolve some of these cases on time has given offenders the notion that they can commit crimes and not be penalized.

We believe that if such cases are handled quickly and those found guilty are punished, it will dissuade others from committing criminal acts.”

Justice Mann responded by thanking God for the chance to serve and for the honor of being raised to the office of Chief Judge of Plateau State.

He pledged to serve with honesty, integrity, and justice, as well as to do everything in his power to guarantee that the rule of law is followed at all times.

Justice Mann further stated that he was conscious of the issues facing the judiciary and urged the Executive and Legislative Arms, as well as the Justices and other Judicial Staff and professional groups, to provide assistance and collaboration.