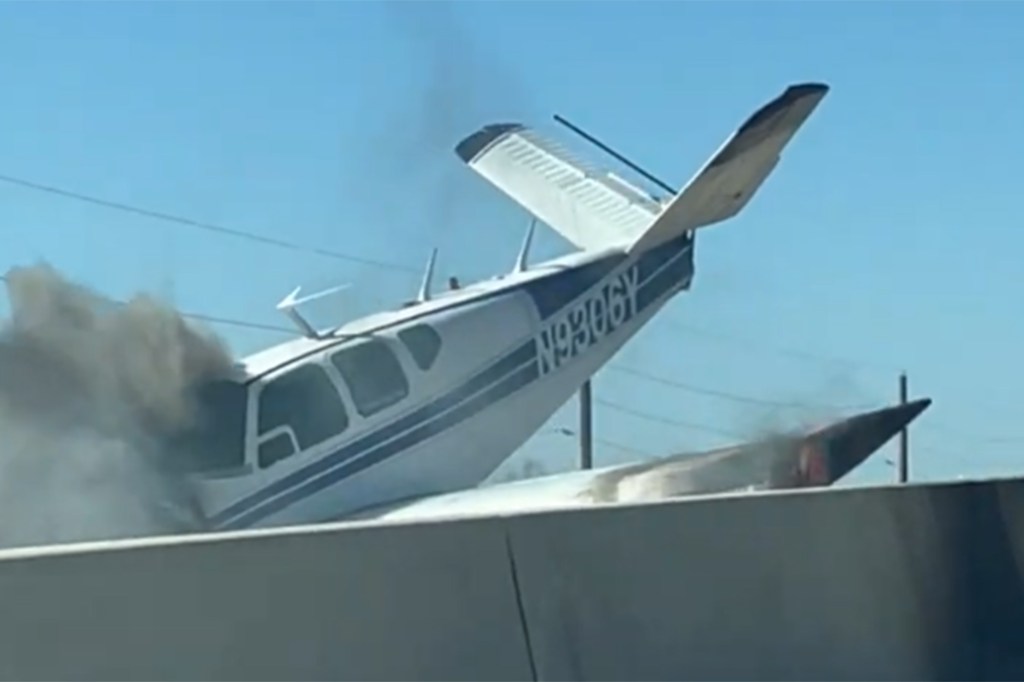 Authorities reported a small plane crashed and burst into flames on a Texas road after clipping an 18-wheeler delivering mattresses, but the pilot luckily escaped alive.

The terrifying event occurred at 11:15 a.m. on Sunday when the pilot reported losing engine power while flying a survey mission from the West Houston Airport, according to KTRK.

The pilot tried to land the single-engine Bonanza 35 aircraft on state Highway 99 near Cypress Rosehill.

“I’m going to try to bring it in over the road and land with traffic,” the pilot was heard saying in a recorded live air traffic control (ATC) communication obtained by KHOU11.

Richard Standifer, a spokesperson for the Department of Public Safety, said that the pilot reported grazing the top of a semi-truck carrying TempurPedic-brand mattresses before landing the single-engine plane.

According to the officer, the aircraft’s wing then collided with a concrete barrier in the centre of the road, causing it to catch fire.

The station’s online video showed the white aircraft on the ground, with smoke pouring from the wreckage and flames engulfing the left wingtip.

“Not good. They’re on big fire. Big time. Emergency services now as fast as you can,” a dispatcher says on ATC communications.

According to authorities, neither the pilot nor the truck driver were harmed in the incident.

Investigations will be conducted by the National Transportation Safety Board and the Federal Aviation Administration.