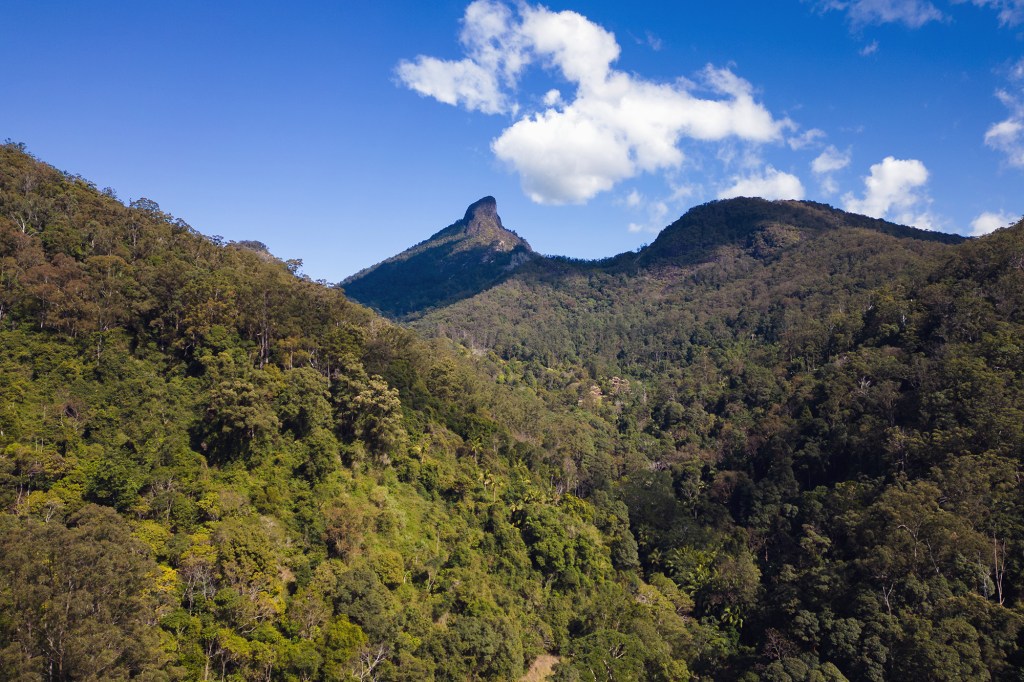 A proposal to restrict women’s access to a portion of a national park in New South Wales, Australia has sparked outrage among local Indigenous women, who have labeled the idea “discriminatory.”

The Wollumbin National Park, often known as Mount Warning, is situated in the Tweed Shire in far northern New South Wales, with around 127,000 visitors each year.

In 2014, the government of New South Wales designated Wollumbin Mountain’s upper 2000 feet as an Aboriginal Place in order to safeguard its cultural values and publicly identify it as a site of exceptional significance to Aboriginal people.

The Wollumbin National Park summit hike has been closed since the start of the Covid-19 outbreak, and Minister of the Environment James Griffin said last month that it will be permanently restricted to the public.

He stated that the Wollumbin Consultative Group, which “represents a variety of Aboriginal communities and families with a connection to the site,” was guiding the future of the national park.

According to the new Wollumbin Aboriginal Place Management Plan, the entire mountain is a “men’s site.”

Under the new legislation, Elder Elizabeth Davis Boyd would be unable to attend her mother’s monument.
Facebook/Debbie Mundy

Nonetheless, the plan acknowledges that “a number of women’s sites linked with Wollumbin Aboriginal Place are fundamental to its cultural importance.”

The plan also notes that the “sanctity” of Wollumbin Aboriginal Place “may manifest physically,” such as by causing illness or placing women in “physical peril.”

“For instance, if women access locations that are reserved to males, both women and men are in bodily risk,” the plan adds.

According to the proposal, public access to the site has resulted in vandalism, trash dumping, increased erosion, and illegal infrastructure installation.

The paper states that the important cultural and spiritual qualities of the location cannot be preserved or protected if the general public continues to have access to the region, “especially owing to the gender limitations since this is a men-only zone.”

According to the Wollumbin Consultative Group, the location is especially holy to the Bundjalung people.

“Wollumbin is part of a larger cultural and spiritual landscape that encompasses Creation, Dreaming tales, and ancient men’s initiation ceremonies,” the organization added.

There is a memorial to Elizabeth Davis Boyd’s mother at the location.

“Bundjalung beliefs reflect the spiritual ideals represented and inspired by Wollumbin, as well as its linkages to a larger cultural environment.”

“These links are vital to the spiritual identity of the Bundjalung people, as well as many other countries and families related to Wollumbin, mostly but not only men and women”

Stella Wheildon, an Indigenous lady from the north coast, told The Daily Telegraph that the disputed region also had locations for terrified women.

She stated that she had performed significant study on the history of Indigenous Australians in the area and discovered that the Yoocum Yoocum ancestors and the Ngarakbal Githabul people were indigenous to the region in issue.

Ms. Wheildon stated, “The Wollumbin Consultative Group has discriminated against women and our traditions.”

Ms. Wheildon stated in a Facebook post that she had also been approached by Ngarakbal Githabul women who concerned that the Wollumbin Consultative Group’s planned restriction would restrict them access to “their most sacred Rainbow Serpent Seven Sisters locations” on the northern slope of the mountain.

The location is situated on a tiny ledge on the mountain’s northern side.

Elder Elizabeth Davis Boyd, whose tribal name is Eelemarni, stated that she would be unable to attend her mother Marlene Boyd’s memorial under the revised arrangements.

Her mother was acknowledged as the Keeper of the Seven Sisters Creation Sites, which include Mount Warning, and has a monument along the Lyrebird route.

Ms. Boyd told The Daily Telegraph that referring to Mount Warning as a “Bundjalung men’s place” was inaccurate and “doing immense damage to my ancestral culture, custom, and knowledge.”

A National Parks and Wildlife Service representative told news.com.au that the Wollumbin Consultative Group is “designed to encompass all Aboriginal people with traditional ties to Wollumbin.”

“It has broad representation, including the Tweed Byron Local Aboriginal Land Council, adjacent native title claimants, and representatives from family groups with knowledge and ties to Wollumbin, as well as a representative from the Tweed Shire Aboriginal Advisory Committee,” a spokesperson explained.

Ms. Boyd asserted, however, that the Ngarakbal Githabul women were not involved in the consultation process on entry to Wollumbin National Park.