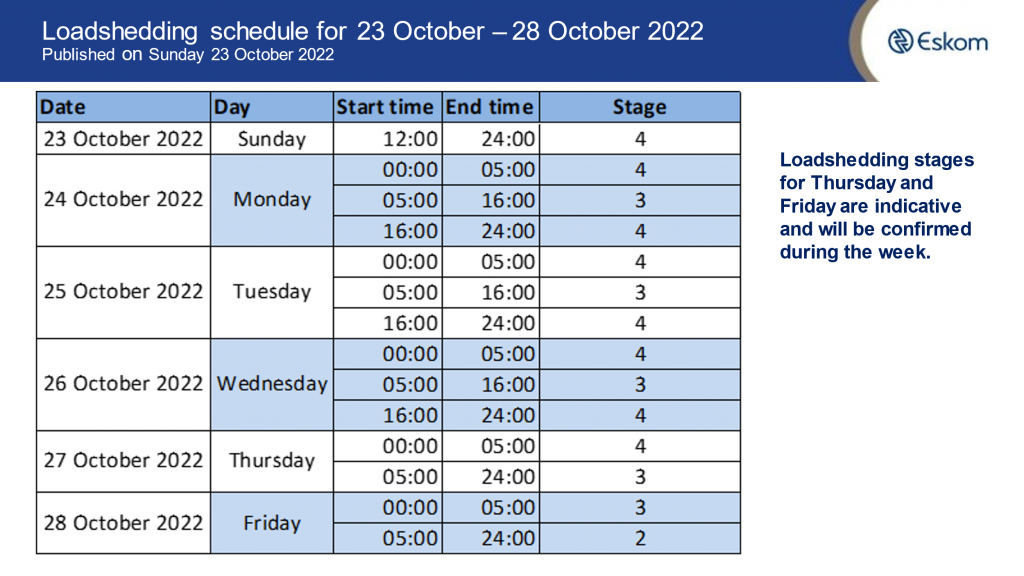 Eskom has announced that it will be unable to keep the lights on until the new year and that Stage 2 load shedding will continue indefinitely.

Stage 2 – in effect till further notice

Eskom tweeted: “Due to the failure of five producing units since yesterday afternoon, it is no longer possible to cease loadshedding today at 16:00 as originally indicated. Therefore, stage 2 loadshedding will continue till further notice.”

At the time of publication, City of Cape Town clients were also experiencing Stage 1 load shedding until Tuesday at 22:00, after which Stage 2 load shedding would begin until Wednesday at 05:00.