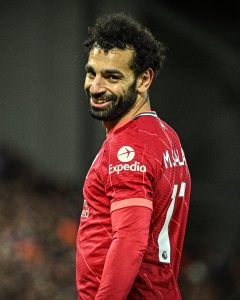 Mohamed Salah of Liverpool has been chosen the Football Writers’ Association Men’s Footballer of the Year for the next season.

Salah has 22 goals and 13 assists in 31 Premier League games for Jurgen Klopp’s side, helping them to second place in the table, just a point behind champions Man City, with five games remaining.

In total, the Egypt international has contributed 30 goals and 14 assists in only 44 appearances across all competitions, a run of success that has seen Liverpool win the League Cup, reach the FA Cup final, and reach the Champions League semi-finals.

Salah is also the Premier League’s top scorer with 22 goals, five more than Heung-Min Son and Cristiano Ronaldo, and the striker also has the most assists in the competition.