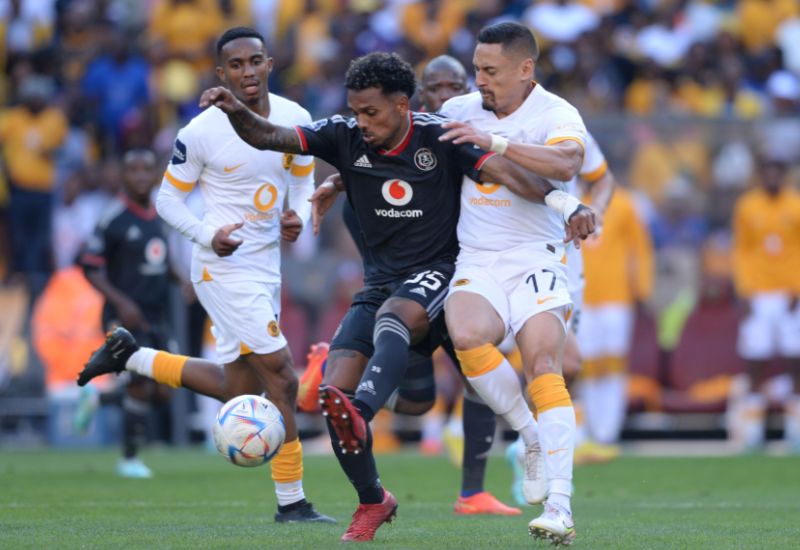 The match marked a continuation of the Buccaneers’ challenging schedule, which includes a cup final before the FIFA break.

After suffering three consecutive defeats at the hands of their fierce opponents, they set out to make an early impression and were the better of the two teams in the opening exchanges.

Monnapule Saleng and Kermit Erasmus combined for the first serious attempt on goal in the fourth minute, forcing Brandon Petersen of the Chiefs to make a stop.

Skipper Innocent Maela had a chance from a corner kick in the 12th minute, as he approached the goal on the far post, but he was unable to connect with the ball effectively enough to concern the Amakhosi defense.

This was followed by the greatest period of the first half for the visitors, during which Bucs goalkeeper Siyabonga Mpontshane made a series of outstanding stops.

The 36-year-old was called into action in the 16th minute to deny Keagan Dolly and twice more after the half-hour mark to thwart Ashley Du Preez, who was inches away from putting his team ahead on each occasions.

At the opposite end of the field, Pirates were attacking from the wing, but were unable to make any threatening touches inside the penalty area.

Early in the second half, the Buccaneers attempted to find the first goal, with Saleng coming close with a header from inside the penalty area that sailed wide.

Erasmus came within inches of making it 1-0, while Mpontshane kept the score equal by stopping Yusuf Maart from a great distance.

The former Bucs midfielder had the final say through a moment of brilliance, as he forced a turnover in control before unleashing a chip shot from his own half, which caught Mpontshane off his line before the ball smashed into the back of the net to make the score 1-0 with only 16 minutes remaining.

With time running down, the home team went in pursuit of an equalizer, which was made more difficult by the Chiefs’ defensive posture.

Saleng and Ben Motshwari both attempted long-distance efforts that were off target, and Nkosinathi Sibisi came close to even the score but was unable to guide his header on target.

It was not the Buccaneers’ day, as Amakhosi took home all three points, and attention now moves to the MTN 8 final in seven days.