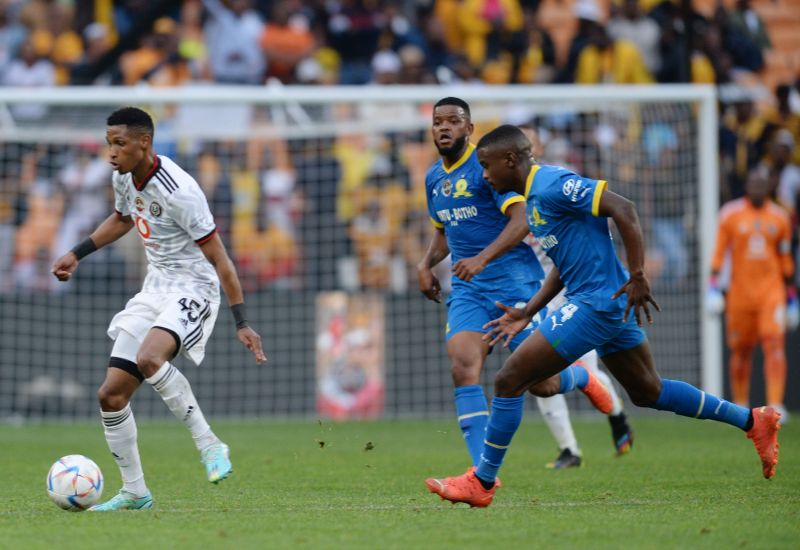 The Buccaneers were one of four sides selected by fans to participate in the one-off competition, which took place at FNB Stadium under wet conditions.

After eliminating rivals Kaizer Chiefs in a penalty shootout in their semifinal, they were placed against the Tshwane club, who had defeated AmaZulu with relative ease in the day’s opening match.

In a rematch of their MTN 8 quarterfinal match, which the Soweto Giants won 3-0 on aggregate, the Brazilians dominated early play, with Siphelele Mkhulise and Surprise Ralani coming close on multiple occasions. In the opening 10 minutes, both players had opportunities, but neither capitalized.

After a reckless tackle on Haashim Domingo, Tapelo Xoki was sent off after just 21 minutes of play, altering the tone of the game.

His absence opened the floodgates, as Sundowns took the lead just two minutes later after stretching the Bucs’ defense, allowing Mkhulise to score with a simple tap-in.

While Pirates’ hopes of producing any forward momentum were hampered by their numerical disadvantage, they were kept busy at the defence, and Grant Kekana’s goal in the 33rd minute extended Sundowns’ lead to 2-0. Two minutes later, Cassius Mailula assisted on the subsequent goal.

The Buccaneers spent the remainder of the match chasing the game, although their goalkeeper Siyabonga Mpontshane was the busier of the two men between the posts.

The goalkeeper denied Lesedi Kapinga in the 51st minute, but was unable to replicate the feat 16 minutes later when Mailula beat him with a well-placed long-range strike that widened the gap between the teams.

Bandile Shandu and Evidence Makgopa compelled Denis Onyango to take action late in the battle, presenting Pirates with possibilities to retake the lead.

However, it was not to be the Soweto Giants’ night, as they finished second in the tournament.