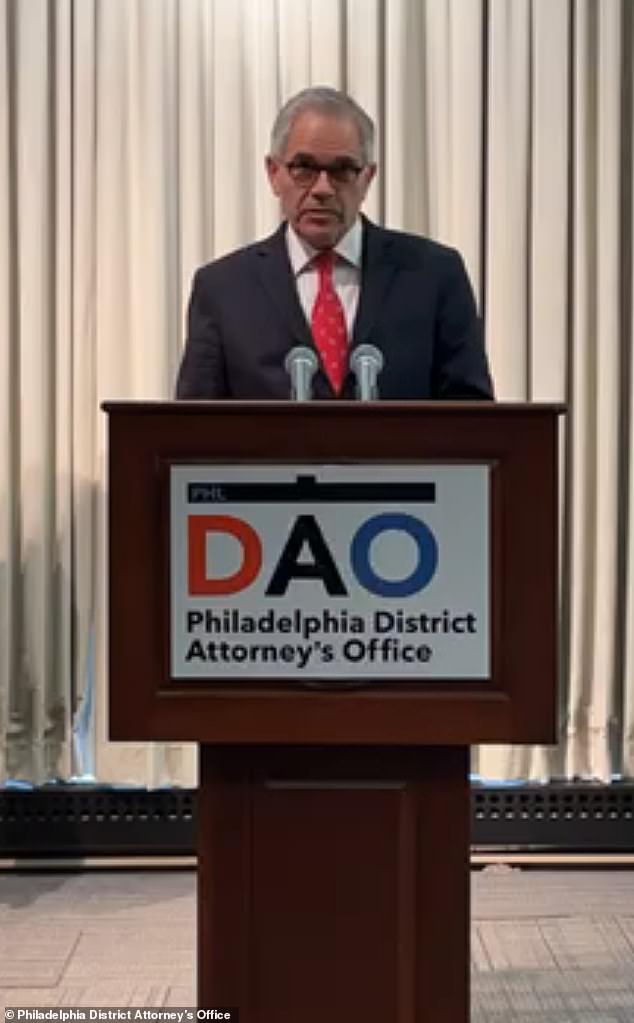 A Philly baby shot four times when his father used him as a human shield during a drug deal shootout has died three years on – with prosecutors saying his injuries killed him.

Yaseem Jenkins died Tuesday aged three, almost three years after the October 2019 shootout which saw him struck with four bullets, including one in the head. His father Nafes Monroe and shooter Francisco Ortiz could both now face murder charges.

Yaseem fought long and hard to recover from his injuries while still being the strong happy kid he was but sadly lost the battle yesterday morning,’ wrote Nicole Jenkins, who launched the fundraiser for the child’s mother, Tiffany Jenkins.

‘It saddens us to have to lay him to rest at such a young age, Our family is devastated and heartbroken by his unexpected passing.’

His father Monroe, 27, was charged with endangering the welfare of a child and recklessly endangering another person after the October 2019 shooting.

He now appears to be free, and posts regularly on a Facebook page.

But Monroe could face murder charges if an autopsy determines the toddler died as a result of the injuries he sustained in the drug deal gone horribly wrong.

We are awaiting a medical examiner’s report on the cause of death but we have reason to believe the cause of death is his original injury from that shooting,’ Philadelphia District Attorney Larry Krasner said at a press conference Friday.

The alleged shooter, Francisco Ortiz, 29, opened fire with a 9mm gun when the drug deal in Philadelphia’s Hunting Park went awry, striking the child once in the neck, once in the head and twice in the buttocks.

Ortiz was charged with attempted murder and aggravated assault. Ortiz also loaned out the AK-47 used to shoot dead Nikolette Rivera, 2, in a North Philadelphia drive-by shooting, according to The Washington Post.

Yaseem was strapped into a car seat when he was shot – another man and the child’s stepmother were also in the car.

Prosecutors said Monroe intentionally brought the child into the dangerous situation in a failed attempt to dissuade the drug dealer from becoming violent.

‘Our investigation has led us to believe that he intentionally had his child with him when he was making such types of purchases with the idea or belief that if someone saw that he had a child in the car, that they would not fire upon him,’ Anthony Voci Jr., chief of the Philadelphia District Attorney’s Office Homicide Unit, told reporters at after the shooting.

Moreover, Voci said that Monroe dropped the child off at a hospital and fled, and ‘never looked back and went into the wind,’ according to The Post.

The initial prognosis for the child was grim –  in 2019, North Philadelphia Police Caption Nicholas Brown told reporters that there would ‘be no chance for full recovery for that child,’ and that if Yaseem survived, ‘he [would] most likely be a quadriplegic.’