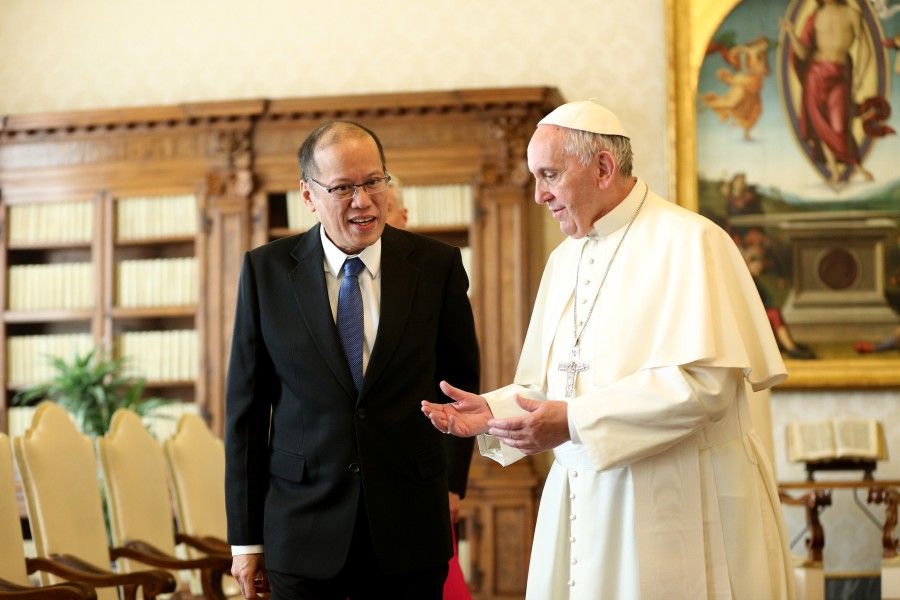 Bishop Jose Colin Bagaforo of Kidapawan in the southern Philippine region of Mindanao said Aquino would be remembered for his “economic reforms and his government stance of life’s sacredness.”

“We extend our condolences to his family and offer prayers for the repose of his soul,” said the bishop, who heads the social action commission of the bishops’ conference.

Bishop Ruperto Santos of Balanga said he remembers former president Aquino’s “goodness,” adding that the Filipino people “are grateful for the goods he has shown and did to our country.”

In a statement, Senator Imee Marcos, daughter of the late dictator, paid tribute to Aquino for his “kind and simple soul” and said he would be deeply missed.

Aquino still carried a bullet wound from a 1987 attempted military coup against his mother’s administration, during which he was shot five times and three of his bodyguards were killed.

In 2010, after Aquino said that Filipino couples should be allowed to use artificial contraceptives if they wish, then-president of the Catholic Bishops’ Conference of the Philippines (CBCP), Bishop Nereo Odchimar, opposed the push and asked for dialogue with Aquino.

In 2012, Aquino supported a “reproductive health” bill that would mandate sex education in schools and subsidize contraceptives. He said it would reduce birth rates among the poor, as a defense of the legislation. The Catholic bishops opposed the legislation, and Fr. Melvin Castro, head of the bishops’ Episcopal Commission on Family and Life, said Aquino was “hard-hearted” for refusing to consider the concerns of bill opponents.