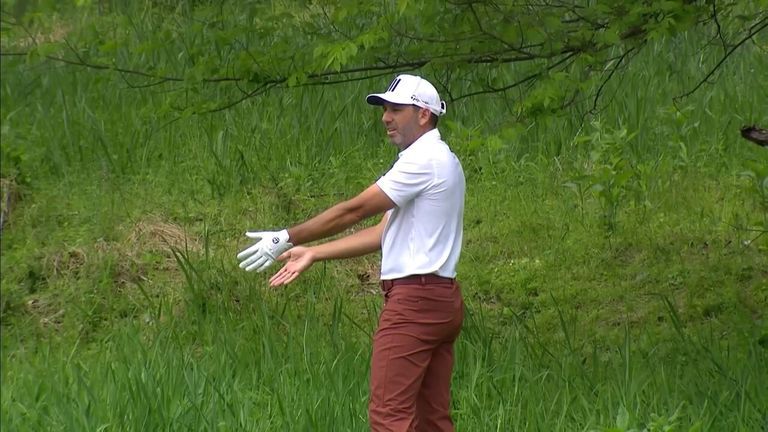 The PGA Tour has refused to grant releases for players seeking to take part in the Saudi-backed LIV Golf Invitational Series opener in England next month, multiple US media reports said on Tuesday.

In a decision that puts the PGA Tour on a collision course with its players eager to play in the lucrative new series, the tour reportedly said in a memo distributed to members that no releases would be granted.

Any players who go ahead and play in the June 9-11 event at Centurion Golf Club outside London will be deemed to be in violation of tour regulations, opening the door to a possible suspension or exclusion.

Former world number one and reigning PGA Championship champion Phil Mickelson is among the players who had requested a release to play in the tournament, along with England’s Lee Westwood.

“We have notified those who have applied that their request has been declined in accordance with the PGA TOUR Tournament Regulations,” according to the memo sent to players by PGA Tour senior vice-president Tyler Dennis.

“As such, Tour members are not authorised to participate in the Saudi Golf League’s London event under our Regulations.

“As a membership organisation, we believe this decision is in the best interest of the PGA Tour and its players.”

Australian golfing great Greg Norman, the chief executive of LIV Golf, hit back at the decision.

“Sadly, the PGA Tour seems intent on denying professional golfers their right to play golf, unless it’s exclusively in a PGA Tour tournament,” he said in a statement.

“But no matter what obstacles the PGA Tour puts in our way, we will not be stopped. We will continue to give players options that promote the great game of golf globally.”

The money-spinning Saudi-backed series will offer purses of $25 million per tournament – making every leg of the series more lucrative than the richest event on the PGA Tour and roughly more than double the prize money on offer for each of golf’s four majors.

Mickelson has not played since triggering uproar in February following publication of remarks made last year concerning the new series.

The 51-year-old described the Saudi financial backers of the LIV Series as “scary” with a “horrible record on human rights”, but said he was willing to deal with them in order to gain leverage to “reshape” the PGA Tour.

Mickelson subsequently apologised for the comments and announced he was taking some “desperately needed time away” from golf.

Spain’s Sergio Garcia, the 2017 Masters champion, hinted last week he was preparing to leave the PGA Tour in favour of the new series.

“Just a couple more weeks until I don’t have to deal with you any more.”

Earlier on Tuesday, Norman said an additional $2 billion in funding had been lined up for a 10-event series in 2023 and a league beginning in 2024.