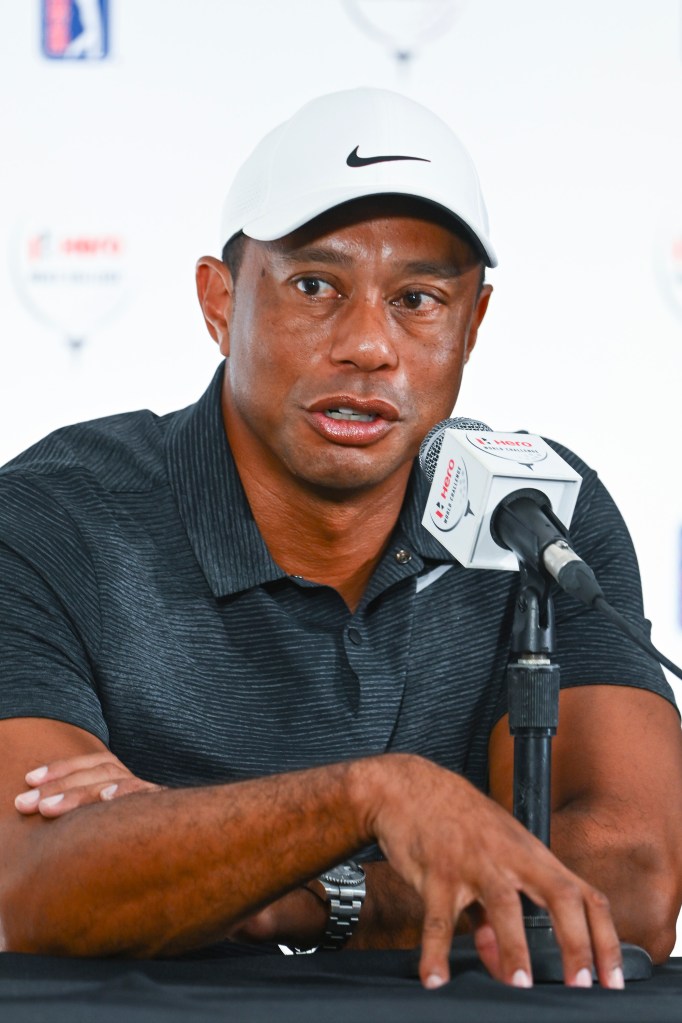 The bulk of Tiger Woods’ and Phil Mickelson’s careers have been spent competing with one another on the golf course. But now that the two celebrities are fighting on opposing sides of golf’s civil war between the PGA Tour and LIV, they are exchanging insults.

Mickelson was up on Wednesday.

When asked if Tour players owed Mickelson an apology for all the criticism he received for leaving for Saudi-backed LIV Golf, Woods responded that it was the emergence of the rival faction that led to a dramatic increase in prize money for Tour players. Woods was scheduled to compete in the Hero World Challenge in the Bahamas, where he appeared before pulling out on Monday.

Woods said, “No, absolutely not, no. “We took out a sizable debt during the epidemic, so that our Tour would only be continued for another year if the pandemic persisted for another year. So, we obtained a sizable loan. We were able to utilize that money to fund the increases we’ve made because it worked and paid off in our favor.

Mickelson responded on Twitter by pointing to details from the Tour’s 2018 tax filings.

The six-time major winner, 52, wrote, “1.6 billion in equities, 700 million in cash, and 1.15 billion in non-liquid assets.” “I found this in the nonprofit section. Although it hasn’t been reported since 2012, the for-profit segment at the time was larger than the non-profit portion. All of this can be Googled.

Woods’ remarks were also clarified by the Tour.

The Tour informed Sports Illustrated that it declined to get a loan to address the epidemic in 2020. Instead, it used reserves and “mitigating efforts,” and without the sport’s return to play in June 2020, reserves would have been significantly reduced.

According to SI, the Tour also claimed that Woods could have been alluding to the fact that if golf hadn’t resumed in 2020, reserves would have fallen below $100 million.

Additionally, it wasn’t the first time Mickelson has disparaged the Tour in relation to money.

The Tour is “already sitting on a $800 million cash stash,” Mickelson stated in his now-famous conversation with his biographer Alan Shipnuck.

“How do you suppose [the Player Impact Program] is being funded?

At the moment, he stated, ” Or spending $200,000,000 on the European Tour? The Tour is meant to be a charitable organization that donates money to good causes. How in the [hell] are they able to keep so much money on hand? It’s not, is the response.

LIV Golf, meanwhile, revealed three further competitions for its program on Wednesday, with engagements in Mexico, Singapore, and Spain in 2023. They will compete in a total of 14 events starting in February of the following year.

Plantar fasciitis prevented Woods from competing in this week’s Bahamas tournament, but he still plans to compete with Rory McIlroy in the newest edition of “The Match” on December 10. The two will face Jordan Spieth and Justin Thomas in the match. On December 18–19 in Orlando, he is also scheduled to participate in the PNC Championship once again alongside his son Charlie.