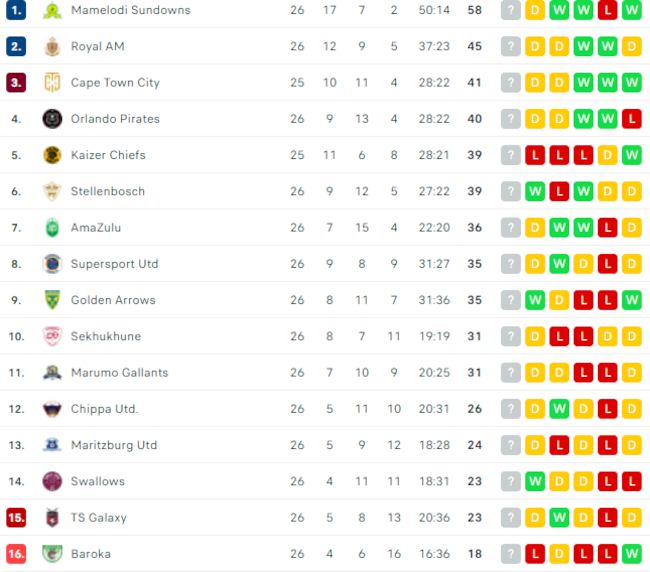 At the time of publishing, the Brazilians have scored 50 league goals after 26 matches.

That’s an average of just under two goals per match.

Shalulile has 21 goals himself, more than SEVEN teams have scored in total this season.

The Namibian 28-year-old has scored more goals than all of the following goal-shy teams: Marumo Gallants, Chippa United and TS Galaxy (all 20), Sekhukhune United (19), Maritzburg United and Swallows (both 18) and Baroka FC (16).

Peter Shalulile is aiming for the all-time single season goal scoring record of 25 currently held by Zambia’s Collins Mbesuma for Kaizer Chiefs in the 2004/05 season.

Shalulile failed to find the back of the net on Wednesday, 27 April at home against Cape Town City FC, leaving him with a maximum of four more matches in which to tie – or surpass – Mbesuma’s long-standing tally.