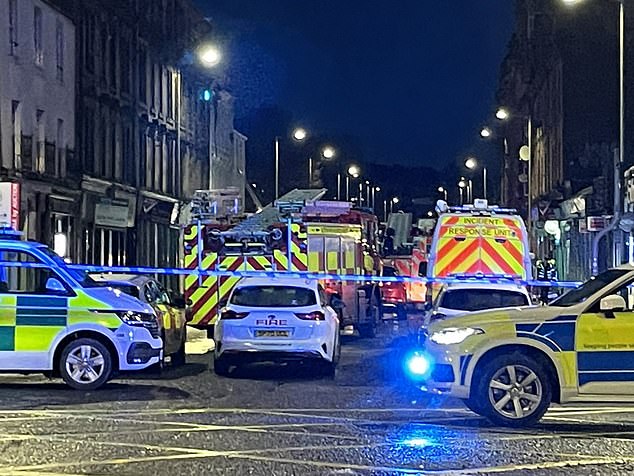 According to Police Scotland, a hotel fire in Perth resulted in the deaths of three people and a dog despite 999 teams being to the site as soon as the fire started.

Just before 5.10am today, emergency services were contacted in response to a complaint of a fire at the New County Hotel in County Place.

The Scottish Ambulance Service treated a number of others for minor injuries while three persons were pronounced deceased at the site.

Hotel guests and two residents of a nearby apartment building were evacuated and are receiving assistance.

In a tweet, Mr. Swinney, the MSP for Perthshire North, expressed his sorrow to everyone impacted by the tragedy.

“Our sympathies are very much with the families and loved ones of those who have perished at what is a very painful moment for everyone,” Chief Superintendent Phil Davison said.

Officers are undertaking a collaborative investigation with the Scottish Fire and Rescue Service as part of “our continuing investigations” to determine the entire facts surrounding what occurred.

The public is urged to stay away from the area because of a police barricade.

The alarm was made at 5.02am, and the Scottish Fire and Rescue Service (SFRS) reported that nine appliances had been sent to the location.

The SFRS is now responding with other emergency service providers to a commercial building fire at County Place in Perth, according to an SFRS spokeswoman.

A representative for the Scottish Ambulance Service stated in the meantime: “At 05:05, Scottish Fire and Rescue Service called to report a fire at the New County Hotel in Perth.

With our first resource arriving on the location at 05:12 hrs., we reacted with 21 resources, including our special operation resource team.