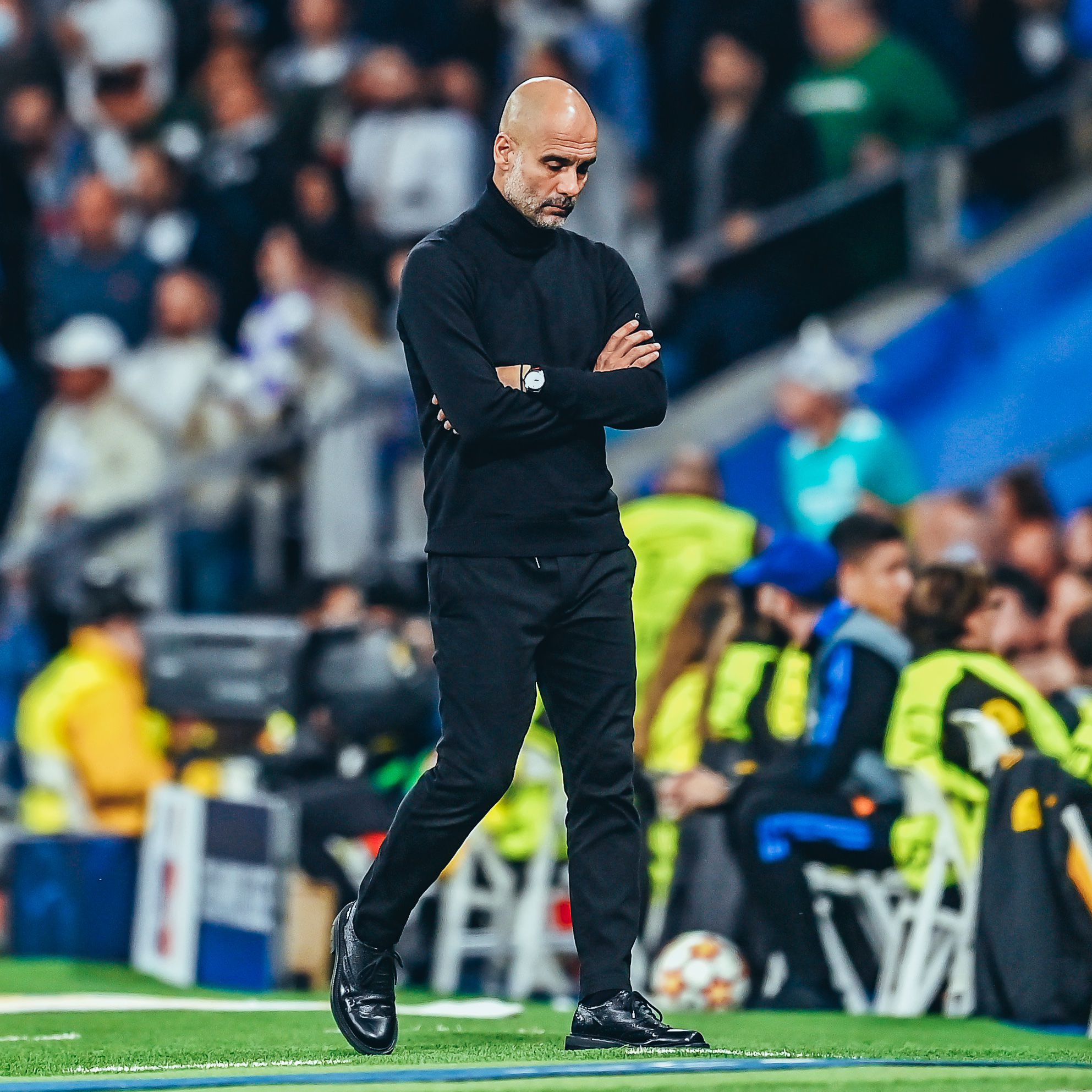 Pep Guardiola admits “no words can help” ease the pain of Manchester City’s elimination from the Champions League as he refocuses on his side’s Premier League title challenge.

Manchester City were just moments away from claiming a place in the final against Liverpool before Real Madrid staged a stunning fightback at the Bernabeu on Wednesday.

Real Madrid scored twice in the final seconds of normal time and eventually won the game 3-1 after extra-time, taking the semi-final tie 6-5 on aggregate.

Asked on Friday what he said to his players, Guardiola told reporters: “We didn’t speak. No words can help what we feel.

“It’s a question of time, try to sleep and think of the targets. Tomorrow we will talk.”

The Manchester City boss must now pick his men up for the Premier League run-in.

“That’s enough to focus on. Then Wolves, then West Ham. It’s not necessary to listen to what people are saying we can achieve.”

Guardiola, speaking at his pre-match press conference, made a passionate defence of his side after their latest stumble on the European stage.

Manchester City have dominated English football over the past decade but have yet to be crowned European champions despite huge investment from their Abu Dhabi owners.

“The people in the squad know how difficult it is. But they accept it. I’m not going to make a debate.

“In the club the feeling we have is we try to do it again. We are sad, of course, because we were close.”

Guardiola, who won two Champions League titles when in charge of Barcelona, said Real Madrid deserved their victory, but vowed Manchester City would not give up on their Champions League dream.

“The players wanted to play the final but for this club to compete against Real the way we did is a joy,” he said.

“I say congratulations to Liverpool and Madrid, they deserve it. Next season we try again and if it doesn’t work we try again.”