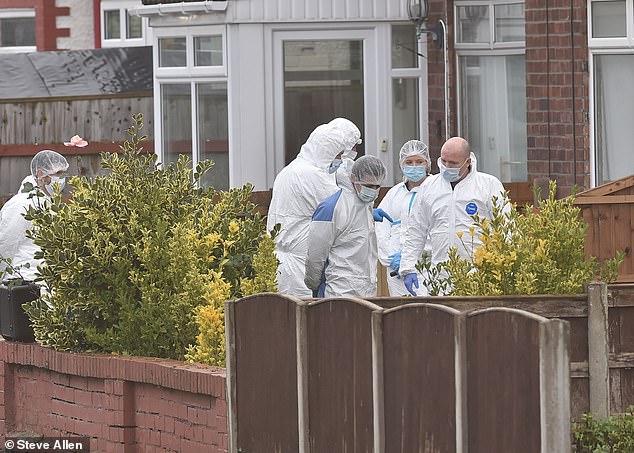 After a woman was shot dead at her house in a quiet residential street in Wirral, Merseyside, a 79-year-old pensioner was detained on suspicion of murder.

Around 1.45am on Sunday, emergency services were summoned to a property in Moreton, Merseyside, in response to a report that a woman in her 50s had been discovered there.

She had a chest injury consistent with having been shot, according to the police, and was declared dead at the site.

The suspect, a known acquaintance of the deceased, was detained for interrogation after his detention on suspicion of murder.

Officers have been giving homeowners assurances while establishing a perimeter around the Meadowbrook Road address.

In the region, forensic investigations, CCTV, and house-to-house inquiries are also being conducted.

Merseyside Police Chief Inspector Derek Riley stated: “Although a man has been detained in connection with the awful murder of this woman in Moreton, our investigation is still in its very early stages, and local inquiries into the event are still underway.”

“I would kindly request that anybody who was in the vicinity of Meadowbrook Road in the very early hours of this morning and believes they have caught anything noteworthy on their doorbell camera or dashcam contact us immediately.

“I would also urge anybody who has any other information they feel might help with our inquiry to come in contact as this could be crucial to our inquiries,” the statement said.

»Pensioner is charged with murder after shooting woman at home«