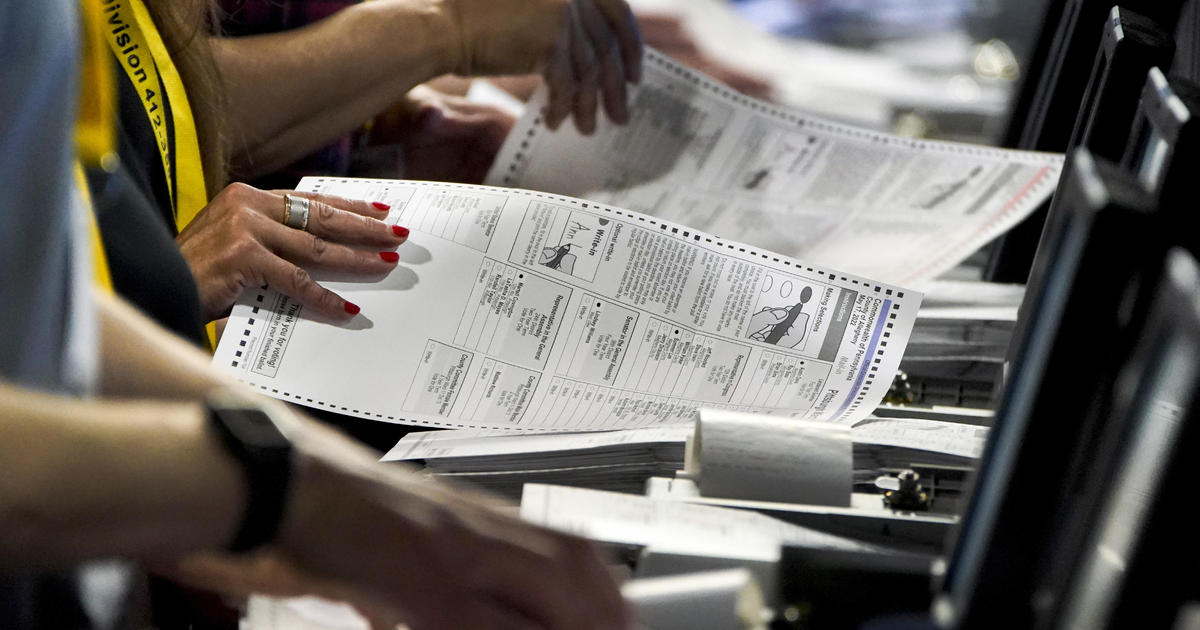 A week before the start of tabulation in the contests for governor, the U.S. Senate, and the state Legislature, the state Supreme Court of Pennsylvania ruled unanimously on Tuesday that officials cannot count votes from mail-in or absentee ballots that lack precise, handwritten dates on their return envelopes.

The county board of elections was ordered by the court to “segregate and preserve” such votes.

The U.S. Civil Rights Act of 1964 prohibits the use of inconsequential mistakes or omissions to impede voting, and the Supreme Court divided 3-3 on whether providing the envelope dates required by state law would be in violation of those prohibitions.

The court’s rationale was not immediately accessible in written opinions.

Once it became clear that some county officials intended to throw out ballots without the proper dates and that others were expected to count them, state and national Republican Party organizations as well as a number of GOP voters bypassed lower courts and requested an immediate review by the Supreme Court. The supreme court’s ruling removed the individual voters from the lawsuit.

The Republican National Committee’s Ronna McDaniel referred to it as a “huge” victory for electoral integrity. “Republicans filed a lawsuit. Democrats must now abide by the law “Tweeted her.

The Secretary of State Leigh Chapman and the election boards in every county were sued by the Republican National Committee, the National Republican Congressional Committee, and the state party. Democratic Governor Tom Wolf’s press secretary, Beth Rementer, said the decision was being reviewed but demonstrated the need of “voters carefully following all instructions on the ballot and double-checking before submitting.”

Out of the almost 1.4 million mail-in votes that voters requested, Pennsylvania counties have reported receiving more than 850,000 completed ballots. Democrats have made around 70% of the requests, and Republicans about 20%.

The overall amount of undated envelope votes is probably minimal, yet it may be sufficient to choose the winner of a tight contest. Philadelphia reported receiving approximately 381,000 mail-in votes for the 2020 presidential election. About 8,300 of these were ballots without dates.

Votes without dates on the return envelopes have already been sorted into separate piles, according to officials in several counties, in anticipation of a court decision. Some counties might try to inform voters that the dates on their ballots are missing, giving them the chance to go to their local election offices and fix them.

Democrat Kevin Dougherty and Republicans Kevin Brobson and Sallie Mundy did not see a violation of the federal civil rights law, while Democratic Justices Debra Todd, Christine Donohue, and David Wecht did.

Since the use of mail-in voting was significantly increased in Pennsylvania in accordance with a state law passed in 2019, the status of ballots without properly dated envelopes has been the subject of ongoing litigation.

State law between 1945 and 1968 ordered county election boards to set aside mail-in ballots when the envelope date was later than the election date, according to a brief written last week by Department of State officials working under Wolf.

However, they claimed that a 1968 amendment to state law removed “the requirement that counties set aside ballots based on the date appearing on the ballot-return envelope” from a section of the Election Code.

The counties time-stamp the ballots as soon as they arrive, so the dates are not used to confirm that they arrive in time to be counted on election day. There is evidence that at least some counties in Pennsylvania have decided that any date, even ones in the future, is acceptable.

Republican lawyers argued that the state law’s language—which states that voters “shall… fill out, date, and sign the declaration”—should be followed by the justices in rendering their decision. As a substitute, they requested that the justices separate the ballots from return envelopes that were improperly or incorrectly dated.

The U.S. Supreme Court recently ruled that the 3rd U.S. Circuit Court of Appeals’ May ruling that the dates are not required has become moot, which has resulted in the ongoing legal dispute.